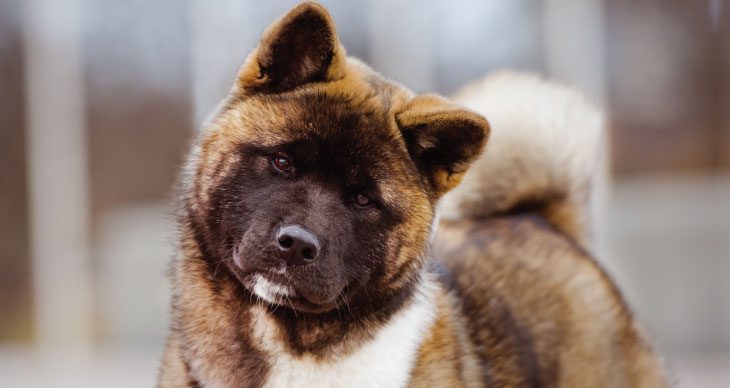 Roughly four million people are bitten by dogs annually even though dogs are typically friendly creatures and are commonly kept as pets. Still, it is difficult to identify which dog breed is harmful without proper research. Many dog breeds dubbed dangerous for humans were developed for aggressive uses like home defense and hunting.

It simply implies that they are more inclined than other dog breeds to become violent if they receive inadequate treatment, according to the Journal of the JAVMA (American Veterinary Association), which conducted a study for around 20 years. So, it is essential to remember that a dog’s behavior is influenced by how he is nurtured and treated and the environment in which he lives. For your convenience, we are listing some highly dangerous dog breeds.

Labradors are friendly, laid-back, and affectionate dogs. However, these canines can be extremely deadly if they are not adequately educated and cared for. Per the information in the Merritt Clifton Dog Bite Statistics, 56 assaults that caused severe harm occurred during 1982-2014. Seventeen of those people were kids.

This breed was held responsible for fatally injuring an individual during this period. A 3-year-old toddler suffered extremely significant facial injuries in 2011 after being attacked by this breed. The owner must ensure their pet Labrador is adequately socialized and comforted like any other dog. Defending against lethal attacks is possible when they are treated appropriately.

Surprisingly, the floppy-eared Cocker Spaniel also belongs to this list. According to a Spanish study, this innocent-looking dog is among the world’s most aggressive dogs. The study revealed that the English Cocker Spaniels are more hostile than many other dangerous dog breeds. The study’s lead author Marta Amat claimed that this breed shows more aggressiveness and problems.

Although it is a dangerous breed, it will become the most loving and adorable family pet if proper training is given. But the breed is susceptible to attack. If they are trained poorly, they will then frequently attack. JAVMA reports that cocker spaniels have committed over 59 deadly attacks within the last 25 years. Reportedly, a group of stray Cocker Spaniels attacked an older man in 2016 in Jacksonville, Florida, who did not survive. Later on, it was found that one of those dogs was Cocker Spaniel.

This giant-sized, bold, and fearless dog breed was originally bred for dog fights. They are also called Japanese fighting dogs, Tosa, Tosa Ken, and Japanese Mastiff. They are commonly used as guard dogs primarily because of their boldness and patience. Due to its reputation as a fighting breed, this dog is highly hazardous. It is a relatively rare breed as well.

Several nations have outlawed this dog due to its high level of danger, including Norway, the UK, Denmark, New Zealand, Australia, Hong Kong, etc. There were dozens of attacks two decades ago. The increase in attacks on people, particularly youngsters, prompted the prohibition. Because these dogs are prohibited, and Tosa Inu breeders are hard to find. The ASPCA reports only one incident involving Tosa Inu in the past three years.

This is a popular dog breed for the wrong reasons as it is generally among the list toppers in dangerous dog breeds. The Bullmastiffs are part of the American Kennel Club’s working group. They have a comparatively short life expectancy of 7 to 9 years at most. The Bullmastiff is an ideal guard dog and is known to protect the game from poachers. This breed is related to the Mastiff but isn’t as gigantic. Still, they can grow enormous as they age.

This won’t be wrong to say that the most powerful dog breed is Bullmastiff. He has the potential to reach a height of 27 inches and a weight of 130 pounds. These canines can turn violent if they are not properly socialized and taught. The behavior of a poorly trained dog can be highly unpredictable. In 2014, a Bullmastiff attacked a thirteen-year-old youngster from New Jersey who got critically injured. Another youngster was also attacked and suffered critical wounds.

Malamutes are powerful and large-sized dogs. This breed has one of the deadliest bites among dogs. An Alaskan Malamute’s bite is the most dangerous among this breed. When this dog becomes scared, they try to protect themselves as a natural reaction to fear, and that’s why they get aggressive. Moreover, one of the main reasons that make Malamutes aggressive is past experiences of abuse or if they had a bad experience while in a rescue shelter.

This breed is often confused with the Husky. The Malamutes are enormous and can reach 85 pounds in weight. They are good labor dogs because they have a tendency to be submissive. Malamutes are renowned for dragging bobsleds in cold weather, much like Huskies. They make the terrible pet to keep near small children due to their size. The JAVMA investigation found that throughout 20 years, 12 deadly attacks were committed by this breed.