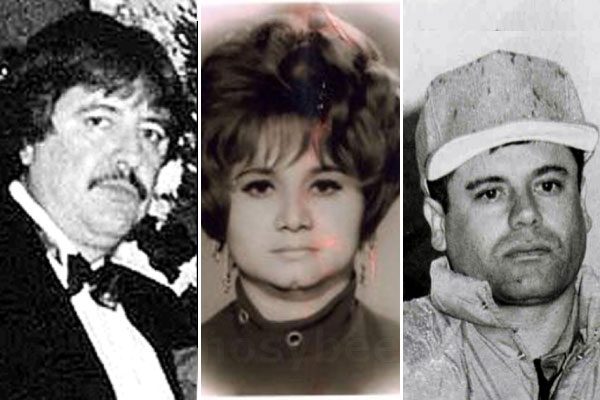 We all see drug dealers in the movies, and how they are portrayed is that they are very intelligent and strategic people, who would do anything to sell some cocaine, heroin, or any type of drug. Despite the fact that they will kill, kidnap, and will do anything to earn some dollars, these movies show the real faces and truth behind all these drug dealers do

Today in this article, we will see the top 20 real-life drug dealers, who were nothing more than real-life villains, who not only destroyed thousands of lives around the globe but also earned more dollars than the common folks will only dream of. We always see names like Al Capone, Pablo Escobar, and many other drug dealers but let’s see who they were and how much they made from their illegal lives

He bought heroin from the Golden Triangle directly and thus became a successful drug trafficker. Golden Triangle was the most extensive area for producing heroin before Afghanistan. He would smuggle drugs and heroin to The US, hiding them in coffins working as a deceased serviceman. He was portrayed in the movie American Gangster by Denzel Washington. The movie was based on his life, how he operated the drugs, and how he became one of the biggest drug traffickers.

He would sell narcotics himself in the streets and became very famous as a drug dealer. He, at one point, bought properties in almost all of the US. He was arrested eventually and was sentenced 70 years of prison life. He served 12 years in prison, and then he has put in witness protection. He is featured in Drug lords and American Gangster by Netflix.

Talk about the arrest after almost ten years of surveillance; Figueroa Agost is known to be one of the most dangerous and influential drug lords Puerto Rico has ever seen. He was arrested in Puerto Rico’s capital. He was one of the most wanted fugitives in Puerto Rico and the Dominican Republic, and in his life, he would find a way to avoid authorities.

He also bought many homes and cars with false identities, and once, he was a drug boat driver as well. He murdered a truck driver in 1993 when he stole a cocaine shipment truck, for which he was convicted for 209 years of imprisonment. Not long after that, he presented a false release paper to the Puerto Rican authorities and managed to escape the prison. He is currently in Brooklyn, locked in a federal cell.

Also known as Boston George and El Americano, George Jung was born in Boston, Massachusetts, in August 1942. He is known to bring about 60 million USD in the United States every day alone, where the Medellin Cartel smuggled about 85% of the cocaine. He used his girlfriend to transport the drugs for him and would hide the cocaine in her suitcase.

His operation was expanded internationally, and even Johnny Depp showed Jung in the film “Blow.” The film told the story of Jung. He served almost 20 years in jail after his arrest and was incarcerated in more than a few prisons throughout the country. He was released from jail at the age of 75 in 2017 from a halfway house.

Leroy Nicky Barnes formed an African-American syndicate that controlled all the heroin trade in 1972. The international ring of drug traffickers was seven councilmen with the Italian-American mafia. This crime boss was born in New York in Harlem. From a very young age, he became a drug dealer, and he left home while he was young. He was also a heroin addict until his time in jail. In jail, he met Mathe Maddona, who was dealing heroin for the Lucchese crime family.

He also met Crazy Joe Gallo, who was a Colombian drug dealer. He taught Nicky Barnes how to be a drug dealer in African-American areas and in Harlem. Afterward, he became Mr. Untouchable when he returned to New York and started his syndicate. He was later arrested and is currently under the United States Federal Witness Protection Program

He is one of the richest Brazillian drug lords and has the nickname El Parito Loco which means the crazy duck. In 1956 this drug lord was born, and then he went to serve in the Israeli Army in the Mosaad. At one point, he was also a DEA agent. He has a yacht of about 25 million dollars and has a jet and other expensive properties.

He started selling cocaine in the United States and became the Janeiro drug wealth top seller. You might wonder how he hid his cocaine transportation; he also used the electrical transformers for transport and hiding purposes. In 1993, the DEA arrested him and sentenced him to 19 years. After that, he was arrested in Brazil for 42 years of prison and was temporarily released, after which he disappeared.