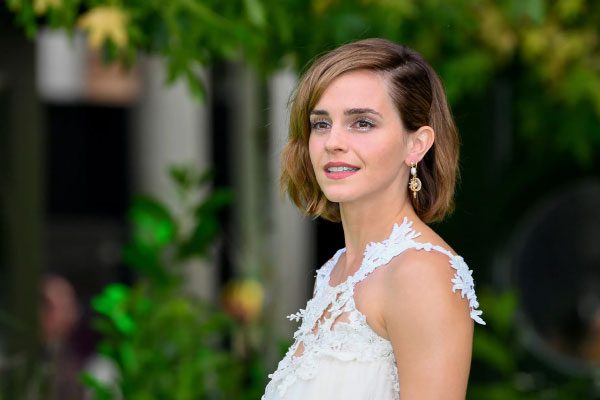 It is often said that one should choose a major that defines their career later. However, this hardly seems to be the case as far as Hollywood celebrities are concerned. You would be surprised to know that most of our celebrities hold degrees that have nothing to do with the world of entertainment.

That’s true, folks. Today, we will feature 29 such celebrities who became Hollywood A-Listers while in college they pursued an entirely different career path. It is hard to imagine anyone else in the roles that they have performed on stage, in movies, and in television shows. Still, it seems awkward that after earning degrees in complex subjects like comparative religion, archaeology, and biochemical engineering, they ended up facing the camera. Such is the charisma of performing arts. Some of the celebrities left their studies halfway for their acting careers and later completed their degrees. So, are you ready to check out these celebs?

Megan Jovon Ruth Pete otherwise known as “Megan Thee Stallion” is a woman with multiple talents and determination. She is now officially a college graduated from Texas Southern University in a Bachelor of Arts in Health Administration. Ever since she started on this college journey back in 2013, getting her degree was always something she had wanted to complete for herself. Despite being a Grammy, BET, American Music Award winning musician, she was determined to get that college degree to make her mama proud. Sadly, back in March 2019, Holly Thomas, Megan’s mom died from brain cancer.

“I want to get my degree because I really want my mom to be proud. She saw me going to school before she passed.”

“I really wanted to be an administrator over a hospital, but I knew I still wanted to be Megan Thee Stallion. I was like, ‘What can I do?'”  “I was like, ‘You know what, I’m gonna open an assisted-living facility and use the money that I make from rapping to open it. Then I’m gonna let my classmates run it.”

Lisa Kudrow has mainly done comical roles in her movies, and her primary claim to fame is the character Phoebe Buffet in F.R.I.E.N.D.S, which was also a quirky and funny one. That’s why Kudrow has a reputation as one of the most hilariously funny actors in the industry. But, contrary to her public image, the starlet is an intellectual and has even written several research papers.

Reportedly, Lisa has a degree in biology. She attended Vassar College and graduated in 1985. Her father, Lee Kudrow, was an acclaimed neurologist, and that’s why she developed an interest in this subject. In fact, her father is the founder of the California Medical Clinic for Headache. Lisa worked with her father on a research project to determine whether right or left-handedness impacted migraines. The paper was published the same year when her sitcom F.R.I.E.N.D.S debuted. Here’s the reference for her paper. “Messinger, H. B., Messinger, M. I., Kudrow, L., & Kudrow, L. V. 1994. Handedness and headache. Cephalalgia 14, 64–67.”

Well known for her acting endowments, Rashida Leah Jones is a famous actress, writer, producer, and singer. Her professional acting debuts include the series “The Office”, “Boston Public” and the “Social Network” to mention a few. She has backed up vocals for the famed band, Maroon 5, as well as added vocals for songs like “It won’t be soon before long” and tracks of “Tangled” and “Secret” Although Hollywood runs through her veins, acting was never her stronger pursuit. Being the offspring of actress Peggy Lipton and Quincy Jones, the music director, Rashida was presumed to follow in her parents’ footsteps.

Nevertheless, it was an eye-opener for everyone when Jones took up Comparative religion as a degree at Harvard. She exclaimed with fascination in an interview with NPR about her considerable interest in religion as she grew older. She also emphasized that being introduced to various religions at a very young age inspired her to pursue this subject in college.

John Will Ferrell is one of the most renowned American actors, comedians, producers, and writers. Will Ferrell grew up in Irvine, California, and mainly was a quiet kid during his early years. In high school, Ferrell showed a lot of interest in sports, specifically football, and he was one of the top scorers of his school. His mother described him as a simple, easy-going kid with a very even temper.

He has been amusing his fellows since an early age. During his high school times, Ferrell would disguise his voice in order to make accouchements s each morning over the PA system. Ferrell graduated from the University of Southern California (USC) in Los Angeles, where he was a part of the Delta Tau fraternity and pursued sports journalism. In an alternate life, Will Ferrell would have been in sports management.

As an Oscar-winner actress and a successful model, this Israeli American performer sweeps you off your feet with her petite appearance. She is a renowned actor, starting her career with “The Professional.” She went on to appear in some of the industry’s highest-grossing films like “No Strings Attached”, “The Black Swan”, Marvel’s “Thor” and the franchise “Star Wars”. Portman was nominated for Oscar and Golden Globe for her publicized character in the film “Jackie”.

However, she is a formidably intelligent woman with a bachelor’s degree in Psychology from Harvard. After studying “anthropology of violence” from graduate school, she now confidently debates terrorism and negates any sort of violence. Her strong opinions against extremism originated during her shooting of the film “V for Vendetta,” as she called to mind her grandparents’ sufferings throughout the Holocaust.