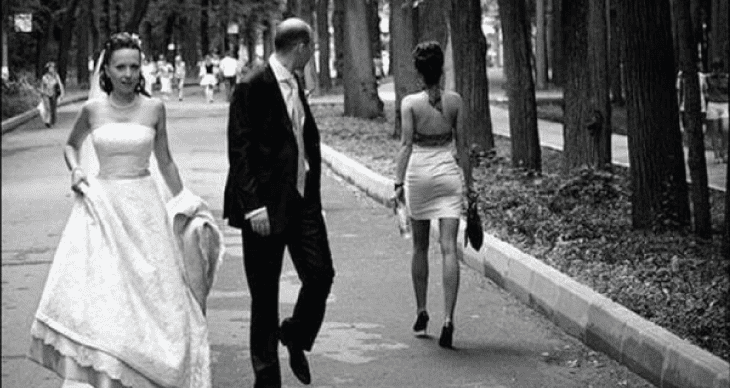 Anyone’s wedding is the most critical event in their lives. It’s that one day when everyone’s attention is solely on the couple. The couple’s behaviour, appearance, and overall wedding environment are more important than anything else. As a result, every couple strives to look their best on their wedding day. However, a new trend is to make your wedding day festivities as outlandish as possible. Yes, that’s correct.

Have you ever heard of a zombie or Game of Thrones-themed wedding? That isn’t all. People are opting for the most outlandish (read: absurd) photoshoots. It is gone are the days when wedding photos meant taking couples on exotic vacations where they could gaze into each other’s eyes or hold hands. It’s all about being unconventional and irrational these days. Sometimes it works, and other times it doesn’t.

On your big day, you may have to substitute “Doves of Peace” for Supermarket Whole Chickens. Our bride here is channelling DC’s Poison Ivy, which could foreshadow their upcoming marriage. However, if we ignore the naked flying chickens for a moment, the photographer’s perfectly executed levitation shot is the only thing that stands out in this image. This image proves beyond a shadow of a doubt that modern wedding photographers are pushing their creative boundaries and thinking beyond standard shots or angles.

Isn’t it funny how the chickens are floating in the air to give the impression that the couple has released them? Do you know what a levitation shot is? In technical terms, it refers to layer masking in Photoshop, whereas in layman’s terms, it means defying gravity and making objects appear to be flying or floating. A photograph of the scene is taken without any models or professionals present. Many more photos are taken with that model or prop that has to be suspended in the air later on.

This elevates a family portrait to a whole new level. This bride’s mother is unquestionably the centre of attention. What better way to make this portrait memorable than with her two bottles of booze? The bride and groom appear to be okay with this memory on their special day, as everyone is smiling except the lady on the far right, who is looking at the camera with a puzzled expression.

We’ve heard that a venue and background image are essential factors in making your wedding photoshoot memorable. On the other hand, this couple chose an empty road to capture their memories, which is a little strange. Okay, we understand that open highways make for beautiful photos, but only when the couple is present. It gives the impression that the two of them are the only ones in the entire world.

The uniqueness of this portrait of the newlywed couple on their wedding day cannot be described in words. He enjoys eating watermelons…and this bride knows precisely how to win her man’s heart. Let’s hand it over to the photographer. He assisted the couple in feeling at ease in front of the camera for such a candid pose. It takes a particular skill and expertise to make the bride and groom feel at ease while also excitingly presenting the props. Fruits make excellent props for incorporating a theme into your photo session. You don’t need difficult-to-find items or expensive materials.

Watermelon is, in our opinion, the most photogenic food ever. Furthermore, the couple’s facial expressions are to die for. Capturing such moments without missing the mark necessitates an additional level of skill and expertise. You’ll miss the shot if you pause for a few seconds here and there. The photographer deserves praise for highlighting the watermelon and capturing the perfect reaction. Everything appears absurd, which is the central theme of the film. Didn’t you have a good laugh after seeing this fantastic photo?

Most Memorable Day of Her Life

If this is supposed to be the best day of this bride’s life, we can only imagine what it’s like for her on a regular day. Her expression suggests that she would instead do anything else, be anywhere else than at her wedding with this old accordion player, who is most likely serenading her. This bride’s heart goes out to her. It was supposed to be the most memorable event of her life.

After all, most of us only get married once in our lives. We all know that the event is always full of mixed emotions, ranging from tears to dances, happiness, and sadness. But this is an entirely different story. The girl appears dissatisfied. She’s probably upset about the mess people made while eating, or else the accordion player isn’t very entertaining to her.

Everything about this photograph is perfect, from the bride’s smile to Cricket’s smile, the horse’s name. Yes, Cricket and his smile went viral to the point where this marriage was named one of the year’s top 20 most attractive and fascinating marriages. Cricket was attempting to swat away flies from his head when the photo was accidentally taken by the photographer.

However, we believe the photographer must have said Smile, and Cricket did just that. A fascinating fact is that no one thinks this is a strange occurrence. Perhaps we’ve all been too preoccupied with Cricket’s innocent smile to notice the lovely bride, Patty Womer, from Pennsylvania. Cricket has undeniably snatched the spotlight from Womer, but the photographer Tony Bendele isn’t to blame. He said, “Smile,” right?