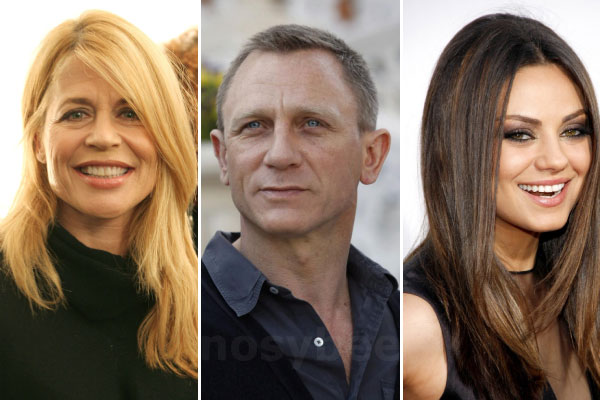 We are well aware of the fact that what we see onscreen is scripted. Even the stunts we see the actors and actresses performing are immaculately staged, so immaculately staged and pretended that they look real. But they are not. And keeping that in mind, we think that these stunts are harmless—well, to some degree.

There are instances when while shooting for an upcoming film, an actor attempts to pull off a stunt even in the presence of all the guides and safety measures, and still he or she is left permanently damaged. And working in Hollywood, solely, remains the biggest motivation for the actors to go an extra mile: some pull off a miraculous body transformation (for instance, Christian Bale), some prefer to be shot doing stunts without much equipment (for instance, Tom Cruise). Notwithstanding all the safety equipment and whatnot, they are always vulnerable to permanent damage.

That being said, here is a list of actors and actresses who were permanently damaged while shooting for their movies. Click on Begin Slideshow to start reading!

The Oscar-winner is no best-kept secret in Hollywood. He has a handsome number of accolades to his name—and he is known for his transformations in different movies. Suicide Squad and Dallas Buyers Club, for instance, can be taken as a case. But these movies did not permanently damage his body.

In 2007, while shooting for Chapter 27, he was trying to transform his body to better adapt the role given to him. Adapting to the role of Mark Chapman, the murderer of John Lennon, his body succumbed to intense transformation and it was left permanently damaged. In an interview with LATimes, Leto admitted that he started having pain in his feet, and at one point, he even needed a wheelchair because his body could not take all of that weight in. As a result of this dramatic transformation, he thinks, he can never return to the normal physical condition. Ever.

Tom Hanks is known for the role of the traveler-savior in his movies. And, unlike most of his peers, he is not known for intense transformation—all of his movies except Philadelphia and Cast Away include the same Tom Hanks. As for these exceptions, he went a little too far and it took a toll on his body.

In these two movies, Hanks had to undergo a massive body transformation to fit rather contradictory roles: In Philadelphia, he is a fat lawyer who contracts AIDs; in Cast Away, he makes himself too lean to fit the role of a man stranded in a desert. This abrupt gaining and losing of the weight significantly contributed to the diagnosis of the Diabetes which he suffers from these days.

Next is someone who even considered taking their own life because of sheer damage and pain.

We have an idea that while shooting, things may go wrong even in the presence of all those equipment, safety measures and gears. This is what happened with George Clooney who got himself permanently damaged while shooting a stunt. In the 2005 movie viz. Syriana, George Clooney can be seen as a ruthless person who never hesitates to torture.

While shooting for the scene in which he tortures someone, Clooney had his head cracked and suffered a nasty blow to his spine. Though he might have recovered from the head injury, the same cannot be said for his back. This was so painful for him that Clooney, at a point, considered taking his own life to ease the pain. According to an interview with TheHollywoodReporter, Clooney says that his sense of feeling has changed as well due to that injury.

Where there is stunt, there is Jackie Chan. This biggest Hong Kong action hero movie star never sees danger as an impediment, rather as a part of his work. In nearly all of his movies, he has suffered minor to major damages—broken fingers, broken ribs, dislocated shoulders, injured spine, you name it. Yet, there is a certain movie which stands out amongst all of them: Armour of God II.

In an interview with Parade, Chan said that while shooting for the movie, he suffered a major injury. As he tried to perform a simple stunt, he fell and had hit his head severely—so terribly that he had to undergo a brain surgery. The metal plate is still there, and he says that he can still feel it there. Notwithstanding all these injuries, he doesn’t seem to stop. He is currently filming for Journey to China and has released two more movies as of late. Phew!

Sly is one of the hardest actor in Hollywood and this man is known for his actions and stunts in all of his movies—and he likes doing it. He once said himself that he judges the goodness of the movie by number of the injuries he bears while shooting. For him, getting injured is an adventurous task which he looks forward to. But, this is not the case with The Expendables 3.

While shooting for the movie, Stallone suffered a real blow on his back. Performing an adrenaline-rushing stunt turned into a hospitalizing maneuver. As he fell, the metal splinters on the floor went into his back—rest of the pain, you can imagine. On the same set, Jason Statham was also pulled out of the dead as he was saved from drowning into Black Sea when the brakes of his truck failed.