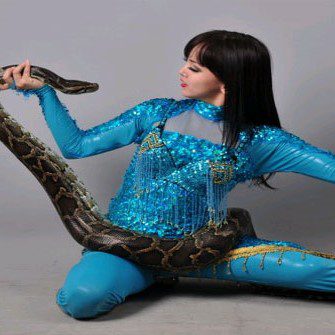 We have often heard that popular saying that one must die while doing what they love the most. So, going by this saying, what do you think musicians, actors, or singers would want to be doing before breathing their last breath? Of course, singing and performing for audiences. Right?

And, believe it or not, many such performers actually died while performing for their fans, live on stage or television. Isn’t it a blessing in disguise that they breathed their last doing what they loved and were passionate about? At least, their families and loved ones would be at peace knowing that the deceased was happy and content with life. Their death didn’t occur under mysterious circumstances. But, what about those who witnessed the incident? Wouldn’t they be traumatized for life? Well, let’s check out some of the celebs who died while working.

The good thing about holding a concert in a small venue or club is that the artist can interact with the audience quickly. The level of intimacy between the performers and the audiences is gratifying. The crowd is pleased, and the organizers can make the most out of their time and investment. But, there’s a downside of this entire scenario: the lack of emphasis on spending on the venue’s security. This could sometimes lead to detrimental outcomes such as what happened on 8 December 2004, when the renowned band Damageplan’s guitarist Darrell ‘Dimebag’ Abbott came to perform on stage at a club in Columbus, Ohio- Alrosa Villa.

The 25-year-old former Mariner Nathan Gale took advantage of security lapses and reached the stage with a gun. Gale opened fire on the 38-year-old Abbott, just ninety seconds into the band’s performance. Abbott died on the spot and three other people, a crew member of the band, Jeff Thompson, concert attendee Nathan Bray, and club employee Erin Halk. According to Gale’s mother, he was recently discharged from the military because of his mental health condition. He also died after a cop shot him. It is yet unclear why Gale shot Abbott.

One of the most unusual performers of his time, Tiny Tim, is the only one to score a hit record ever. He was a tall and stringy-haired guy with a lilting, high-pitched voice. His rendition of an old standard dubbed Tip-Toe Thru’ the Tulips With Me reached number 17 on the Billboard pop chart, 1968.

One year later, he married a seventeen-year-old fan called Vicki, live on The Tonight Show. This moment was viewed by as many as 21.4 million home viewers, and for Johnny Carson, the show had record ratings. In November 1996, Tim played for a benefit show organized for the Women’s Club of Minneapolis. While Tim was playing his famous song, the singer abruptly stopped and told his then-wife Susan Khaury that he wasn’t feeling well. The performer, 64, suffered a cardiac arrest and died while performing.

Two of AAA’s biggest stars, Pedro Aguayo Ramirez or Hijo del Perro Aguayo and Rey Mysterio Jr. or Oscar Gutiérrez, were pitted against each other on what was Mexico’s equivalent of the WWE. The duel was held in March 2015. The mightly Mysterio delivered a power-packed flying kick, sending Aguayo speeding towards the ropes.

Aguayo, 35, was one of the most notorious villains, aka rudo, in the AAA. He got his head hit by the ropes and appeared to suffer snapped vertebrae. The wrestler went unresponsive, so the opponent and the referee immediately sensed that there was a problem. The on-call physician took 80 seconds to reach and check Aguayo, but it was a bit too late by then. The Tijuana Wrestling Commission later reported that the wrestler had suffered a heart attack due to a cervical stroke triggered by a broken neck.

Mike Scaccia created two highly innovative hard rock subgenres and his guitar- Industrial Metal and Thrash Metal. The two were at the forefront of the 1980s hard rock explosion. Basically, Thrash Metal was the hallmark of the band Rigor Mortis that Scaccia founded in 1983. The Industrial Metal he invented in 1989 after joining Ministry upon the invitation of Al Jourgensen, the bandleader. At that time, the band had switched from synth-pop to heavy electronic style and hard-charging guitar.

Mike was the main guitarist for Ministry and appeared on the band’s bestselling album Psalm 69: The Way to Succeed and The Way to Suck Eggs, released in 1992. Scaccia is still known for the songs N.W.O and Jesus Built My Hotrod. Despite being a prominent part of Ministry, Scaccia never forgot Rigor Mortis and decided to play at the Rail Club in Texas to celebrate the 50th birthday of Bruce Corbitt, the band’s singer. The event was held in December 2012. Mike, 47, collapsed and was quickly taken to a hospital during his performance, but he was declared dead right away due to a heart stroke.

During the 1980s, the Beat Farmers were a massive hit among fans. The band had released several bestselling albums and were regarded as one of the world’s best bar bands. They performed at almost every possible venue that would allow their music genre. Paste described them as the Honky-Tonk Anarchists, which basically emerged from their music style, which was Cowpunk,

The band’s music was a combination of punk and countrified roots rock. Country Dick Montana, the band’s founder, used to manage the drum kit. The band was formed in 1983 when Montana felt ready after performing with different bands and managing a record store in San Diego. Also called Cowboy Dick, he kept playing with the Beat Farmers until his last breath. That moment arrived on 8 November 1995 when Montana and the band were playing in front of a packed hall at Whistler, British Columbia’s Longhorn Saloon. Just after finishing the song “The Girl I Almost Married,” Cowboy Dick’s upper body fell onto the drums. The band had moved to another song but quickly stopped singing when they noted that Montana wasn’t playing and had gone silent. Paramedics arrived within a few minutes but couldn’t revive the 40-year-old drummer. It was later reported that he died due to an acute aneurysm.