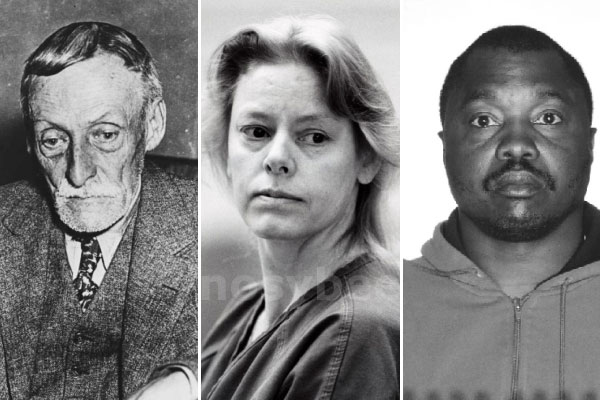 Humans are different, indeed. For some, their moral side outweighs the morbid and sadistic one. And there are some sadists—or simply curious—people who enjoy watching things that are gruesome and bone-chilling, documentaries about infamous and notorious serial killers being one of those examples.

Memories of a Murderer: The Nilsen Tapes

Netflix’s release of the Memories of a Murderer: The Nilsen Tapes is 1.24hr documentary “set against the backdrop of 1980s Britain, when mass unemployment drew young men to London in search of their fortunes, only to find themselves destitute and easy prey”. Dennis Nilsen, known to most people as “Des” was the unassuming predator who offered an warm place to stay and a meal for these young runaways, often times prostituting themselves, known as “rented boys” in order to just survive the streets of London.

Des Nilsen who was a former policeman, knew the law and got away with murdering “15 or 16” of these young men in two different places of residences before he was finally caught. When Des Nilsen ran out of places to hide the bodies on his floorboards, he resorted to cutting the bodies up and putting them down the garbage disposal. So what finally got him caught was due to the downstairs neighbor’s plumbing problems.

Night Stalker: The Hunt for a Serial Killer

This four episode original documentary that Netflix premiered the Los Angeles serial killer, Richard Ramirez was perhaps one of the best and most detailed documentary we have seen in a long time. The documentary is well balanced with all the details from the rookie officer who finally tracked the Night Stalker down all based on a shoe print.

I love to kill people. I love to watch them die. I would shoot them in the head and they would wiggle and squirm all over the place, and then just stop. Or I would cut them with a knife and watch their faces turn real white. I love all that blood.

The serial rapist Richard Ramirez went on a killing sprees in the summer of 1985 where he killed about fourteen people, raped and torture over two dozen people. He was not your typical serial rapist and killer because he did not have a certain “type” of victims that he targeted. He killed anyone he felt compelled to kill, from the elderly to the young… it didn’t matter to him… and in the end it was the people of Los Angeles that finally caught him.

The Son Of Sam: A Descent Into Darkness

On May 2021, Netflix premiered it’s four episode documentary of the shootings and ultimate eight murders that happened starting from summer of 1976 to the following summer of 1977 in New York City, specifically in the Brooklyn area. The documentary focuses from the perspective from a investigative reporter by the name of Maury Terry who was convinced that David Berkowitz did not act alone in the killings. In fact the he goes goes on to document the timeline that there had to be many more killers that committed these murders.

Maury Terry devoted his entire life until literally his last breath to prove that the murders were part of a satanic cult that may have had ties and possibly its origin from Scientology; and that may have involved some very high profiled people. Sadly the New York Police Department, the New York District Attorney and Mayor Koch (who was running for re-election at the time) wanted to capture the killer, close the books and did not want to investigate further. They just wanted to pin all the 6 killings (and 7 wounded) to just one man, David Berkowitz. The killer(s) had written to the police and newspapers… and if you compare the handwriting, it does not match which is rather weird that the documentary did not go into this comparison. All in all, the documentary is very good and worth the binge.

Ed Kemper: In His Own Words

Ed Kemper is 6’9” in height an absolute predator in actions. This documentary that can be found on YouTube features the interviews with Ed Kemper who was also known as the “Co-ed killer,” because he targeted college age females…reveals a side of him that only he can tell, literally in his own words. A serial killer with nine killings to his name—including one of his grandparents and his mother and her friend. But, this is not the end. He was so stone-hearted that he used the severed heads of his victims to get sexual pleasure. And this documentary features his interviews!

Perhaps one of the most insightful and intelligent serial killers, with an IQ of 145 we have come across… Ed Kemper knew that he belong in jail, otherwise he would keep killing. After he murdered his mom and her friend, he called the police to turn himself in…and also confessed to killing six other college age women… what he needed to do… he got it out of his system when asked why he turned himself in: The original purpose was gone … It wasn’t serving any physical or real or emotional purpose. It was just a pure waste of time … Emotionally, I couldn’t handle it much longer. Toward the end there, I started feeling the folly of the whole damn thing, and at the point of near exhaustion, near collapse, I just said to hell with it and called it all off.

This Netflix original documentary goes into every detail of the rampage killings that Ted Bundy committed from the day his girlfriend broke up with him because she didn’t see a real future with him. To Ted, Diane Edwards was the ideal girl, a really classy gal that perhaps outclassed him.  “The relationship I had with Diane had a lasting impact on me,” Ted Bundy admitted years later.Perhaps this was the catalyst that drove Ted Bundy to go on a murdering spree for girls that resembled or reminded him of his first love.

Society wants to believe it can identify evil people, or bad or harmful people, but it’s not practical. There are no stereotypes.

We serial killers are your sons, we are your husbands, we are everywhere. And there will be more of your children dead tomorrow.

He should have recognized that what really fascinated him was the hunt, the adventure of searching out his victims. And, to a degree, possessing them physically, as one would possess a potted plant, a painting or a Porsche. Owning, as it were, this individual.

The Netflix documentary released in 2019 for streaming on the 30th anniversary of his 1979 arrest for murder of is everything you need to know about Ted Bundy, the era of the 70s and all the murders he committed from the State of Washing to Florida.