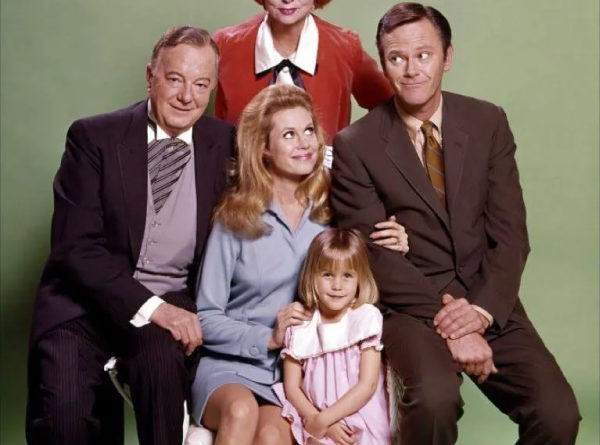 Sony Pictures TV has announced to revamp the world-famous classic, supernatural sitcom Bewitched. The pilot episode is already filmed, and the production house had green-lighted a brand-new season of the show to be released soon. This version will focus on Samantha’s granddaughter, a witch who finds her powers useless without true love.

If you are a fan of the original series, you must remember the show’s witty characters and unconventional storyline. Although it resembled another show, I Love Lucy; Bewitched was genuinely different. The show aired on ABC from 1964 to 1972 and became one of the biggest hits in American television history. Needless to say, the news of the show’s revamped version about to grace our TV screens soon has compelled us to take a trip down memory lane and relish the charm of the original series. That’s why we have gathered 30 behind-the-scenes facts about Bewitched that you might have no idea about. So, let’s get started.

Bewitched was genuinely a family show not just for the audiences but also for those associated with it. For instance, the show’s leading lady Elizabeth Montgomery got pregnant multiple times while filming it. Though viewers couldn’t detect it because of her petite figure, the producers couldn’t hide it after some time. Therefore, her pregnancies were made a part of the show’s story.

That’s how you got to see two new additions to the family- Tabitha and Adam Stephens. The kids became a part of the show due to the change in the storyline. But, the family ties don’t end here. Do you know the father of Montgomery’s children was her then-husband, William Asher? And this might surprise you that he was the co-producer and director of Bewitched.

When the series debuted on our TV screens during 1964, it was a time when color wasn’t invented, and therefore, all the shows aired during the early 1960s were in black and white. That’s why you will find the earlier few seasons of Bewitched in black and white.

Later on, as technology improved, producers couldn’t ignore the need to present the show in color. This could mainly be attributed to the high viewer ratings garnered by the series. Network execs were desperate to take the popularity of Bewitched to newer heights by transitioning to color. The last black and white episode of Bewitched titled Prodigy was aired in 1966, after which it was only filmed in color. Resultantly, the production house made huge profits, and the show became one of the highest-earning TV series of that time.

Stylists Weren’t Part of the Team.

Today, we have become pretty accustomed to getting a well-crafted package, whether a film or a TV series. This perfection is achieved through good characterization involving the perfect costumes and looks. For this, the entire wardrobe and makeup department are established to give the characters their distinct looks and attire.

But, back in the 1960s and 1970s, this wasn’t the case. Stylists were never an integral part of the crew back then as they are nowadays. Moreover, the supporting cast was required to arrange for their costumes, and it wasn’t the responsibility of the production house. While the wardrobe department would do ironing and cleaning only. If actors from that era visit the TV show sets today, they might faint after seeing how production houses pamper artists.

Creating magic on screen is not an issue given the unprecedented technological advancement of our time. Film and drama makers can quickly produce the desired environment for their audiences as per the script’s demands. Trained graphic designers and CGI experts are roped in to add special effects. The special effects industry has become a lucrative market nowadays.

But you would be surprised to know that on Bewitched, a show that heavily relied on special effects to show the magical powers of Samantha- the witch, instead of CGI stagehands were used to create the desired effect. Such as, when Samantha had to twitch her nose to clean the room with the blink of an eye, she was asked to stand still while stagehands quickly cleaned the room. That’s how the show’s special effects were created on screen since CGI technology wasn’t available at that time.

If you are a history buff and have kept yourself updated about the significant events of the twentieth century, you would agree that the 1960s were a tumultuous time in the USA. Many events of historical importance took place during this time, including the assassination of then-US president John F. Kennedy.

The same is the case with Bewitched. The series had connections with some important events that occurred and took the country by storm during the 1960s. Such as, the show’s leading lady Elizabeth Montgomery who played the character of Samantha, was to film the pilot episode of the show the same day when Kennedy was assassinated. That’s not all. After five years, an episode of Bewitched was taken off air to show breaking news of the assassination of Martin Luther King. Thankfully, America and Bewitched had a relatively smooth run during the 1970s.