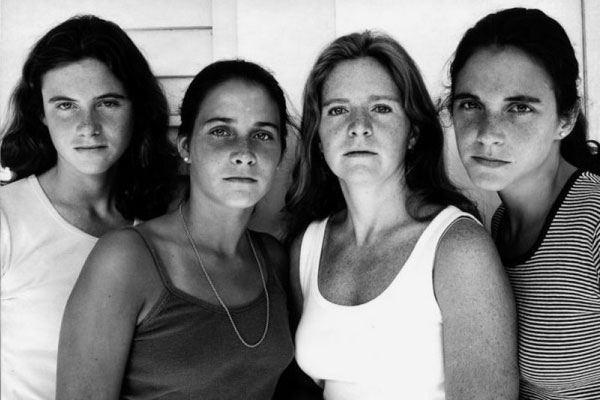 Sisters share a very precious bond of sisterhood, which is unlike any other relationship. Being a sister is akin to being part of an exquisite club where every girl is essential, and the bond is auspicious. A sisterhood bond can be between two or more girls. In literal terms, sisterhood refers to the relationship between women connected by blood, religion, opinion, or trade. It is a community exclusively for women to feel empowered, loved, cared for, and worthy. Whoever has a sister will agree that it is an absolute boon to have someone to turn to whenever you feel down and need a shoulder to lean on.

Those who don’t have a sister dream to have one at some point in life. It does not matter if the bond of sisterhood is between biological sisters or those connected by faith or friendship. What matters is that they remain honest with each other and have their back always. A similar bond is shared by the four sisters we will introduce to you today. Famously known as the Brown Sisters, the four dynamic ladies decided to share their lives with the world in a peculiar and unconventional manner- through capturing a picture every year in the same style and pose. You will get exclusive insight into the forty year-three years of their lives with this priceless collection of forty-three images. Find out how these sisters have matured by the time they took their last photo together in 2018.

It all started in the summer of 1975. Acclaimed photographer Nicholas ‘Nick’ Nixon was married to one of the Brown Sisters, BeBe. One day, Nixon visited his in-laws and came up with the idea to have all the sisters pose for him and capture a family photo. The four sisters, Laurie, BeBe, Heather, and Mimi, agreed, and they all lined up for the photo. Nixon was thrilled as the photo turned out impressive. That’s when he decided to make it a family tradition to capture a photo of the four sisters together every single year.

And he actually did that for the next forty years, documenting every minor change in the sisters’ appearance and the various ups and downs that their relationship underwent. In this photo taken in 1976, the sisters adopted a relaxed pose and are seen casually standing in the summertime sunshine. They look comfortable in each other’s company, which reveals a lot about their mutual camaraderie. Many say that the bond of sisterhood could be a complex one if all the members aren’t sincere with each other. Here we don’t observe any such thing as the girls look content. They are biologically related, which means they have grown up together, so they already share a unique bond. By agreeing to get themselves clicked in the same pose every year, they show how confident they are about their relationship status. They know nothing can break them apart, and therefore, without thinking twice they decided to capture their life journey on Nixon’s digital camera.

This photo is from the year 1977. The girls are looking straight into the digital camera. But this year, they look a little bit pensive. They aren’t carrying any attire like they did the previous year. But, they exude an aura of confidence and positivity. But we cannot help think that some of them have other things on their minds and aren’t actually in the moment. You won’t believe that a few years back, in 1974, Nick Nixon photographed his wife BeBe with her three siblings, but he discarded the negative because he wasn’t pleased with the result.

The following year, in July 1975, he tried again and was somewhat pleased with the result. He kept the image but didn’t make it a part of the Brown Sisters’ photo series. At the time, Mimi was 15, Laurie 21, Heather 23, and BeBe was 25 years old. In June 1976, Laurie Brown graduated from college and celebrated the happy occasion. Nixon suggested that they all appear in a photo together in the same manner as they have been doing for two years. This attempt was very successful, and Nick was happy with the result. He then convinced them to get this done every year in the same month. Initially, the Brown Sisters were reluctant but eventually gave in to Nixon’s demand. Now it was time to settle the terms of the series.

According to Nick Nixon, he suggested that the sister appears in the same order, always. He even decided who stood where in the photo. Heather would be on the far left, followed by Mimi, BeBe in the center, and Laurie on the far right. They jointly agreed as the order seemed logical. Another aspect that Nick didn’t want to change was that the photo would be made with an 8×10″ view camera fixed on a tripod and captured on a black and white film negative.

Now let’s dissect this photo. It is the year 1978. The Brown Sisters appear a bit less comfortable this year. Compared to their previous years’ photos, this shot closes in on their faces a bit more. We can easily see their young faces and understand that they have headed into the world of maturity and practicality. One thing we cannot understand is why all the sisters have a frown in this photo. For your information, the Museum of Modern Art has been exhibiting the Brown Sisters photo series since 2006. The museum authorities acquired the series in two forms- as 20×24′ enlargement and as lusciously tactile contact prints- from Nixon. The exhibition displays all forty images in larger prints, so this exhibition of the Brown Sisters is different. This museum is identified as one of the most influential and biggest museums of modern art worldwide.

Now we are in the year 1979. The Brown Sisters have started to determine their own costume choices. One of them has chosen a formal costume, and another one has decided to wear pants. one sister is holding her arms closer to her body, and the other is in a more relaxed and composed posture. Everyone’s body language is different in this picture, which leaves the viewer confused regarding what would be going through their minds.

When the photo series became a worldwide phenomenon, Nicholas Nixon was thronged by media reps for his thoughts and opinion on this unique collection. In his first-ever statement about this series, which he made the year these portraits were made public, Nick remarked, “the world is infinitely more interesting than any of my opinions about it.” We think he was too modest about his opinions. Because the portraits depict how brilliantly his camera captured this infinitely fascinating world flawlessly. For us, the viewers, these photos represent silent records of the times gone by. There are so many shades of emotional and visual gray that promote a never-ending appreciation for Nick’s art. as far as the sisters are concerned, this series symbolizes life, commitment, youth, aging, and bonding.

This is the year 1980, and we can see how extensively sisterly love is on display in this photo. The four young ladies are embracing one another. What do you think they want to indicate with this slightly different pose from their previous photos? We think that they tell the world how closely knit their bond still is despite that they are growing older. Another unique aspect of this photo is that we see shy smiles on their faces, while previously, their faces were solemn.

Maybe they were camera shy before, and now they feel comfortable facing the lens.Or it just could be the bond of sisterhood. It makes everything so easy for those who share it. They start feeling powerful, liberated, and confident when they are with each other. There’s a perfect understanding of others’ personalities and how everyone will react in a particular situation. It definitely takes two to tango, and the same goes for sisterhood. Everyone involved has to contribute on a personal level to make the bond stronger and everlasting.