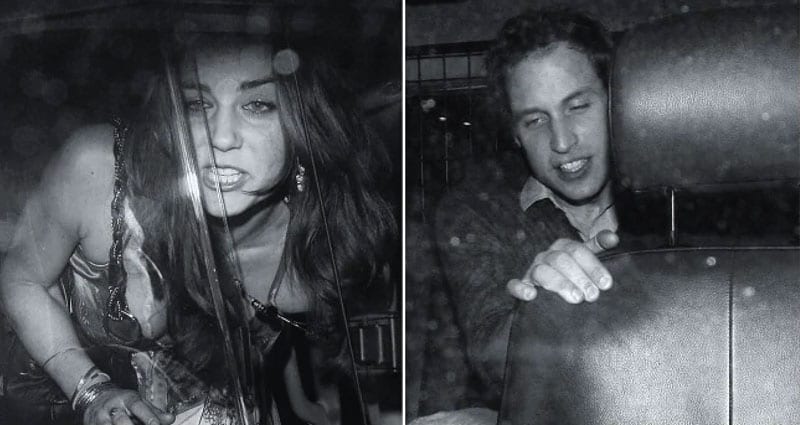 We all go through an embarrassing event at some point in life. Some people experience multiple such events throughout their lifetime. There’s nothing to be ashamed of or feel guilty about it. Everyone has at least one awkward photo that we would certainly like to forget. But, for celebrities, life isn’t as comfortable as it may seem to you. It just takes one photo to allow people to bombard them with hilarious comments and create a never-ending array of funny memes.

Celebrities have to live their life with their guard on almost always. Still, the internet is dangerous as sometimes your embarrassing photos make it to cyberspace, and you just cannot do anything about it. Today, celebrities may have become too conscious about their looks, but back in the 90s, this wasn’t always possible. So, many celebs who are superstars now have photos that keep coming back to haunt them. Today, we will share some of the weirdest celebrity photos from the late 90s and early 2000s that will definitely make you giggle.

Oh well, before Sarah Jessica Parker became a household name as Carrie Bradshaw, her character’s name in the superhit HBO series Sex And The City, she was just like a girl next door, doing things that girls normally do, like getting clicked in weird poses like this one. We bet you could not believe it was Sarah Parker, did you?

However, there’s no doubt that Sarah has come a long, long way since this time. Apart from grabbing the leading role in the hit series Sex And The City, which ran for six seasons, she has produced two theatrical release movies and is now known as a top-class fashionista. She is obsessed with Manolo Blahnik. Still, this photo is just a catastrophe. It was taken back in the 1980s when skirts were worn with white-colored Reebok high tops. It may be a trend in those times. Today, it just looks awkward. And what’s with the eagle on the miniature trampoline and that Perrier bottle?

Ewan Gordon McGregor is a well-known actor from Scotland. He has starred in many hit movies and is known for his roles in musical films. McGregor started his career in 1993 as a lead in the British Channel 4 television series Lipstick On Your Collar and then went on to feature in many blockbuster movies. He is also known for his charity works and has remained UNICEF UK ambassador since 2004. McGregor was appointed the Officer of the Order of the British Empire (OBE) for his exceptional services in drama and charity.

However, regardless of these achievements, we still cannot overcome this shocking photo of Ewan McGregor in which the word FRAGILE is tattooed on his naked chest. Granted that it was taken well before McGregor got the role of Obi-Wan Kenobi in the Star Wars franchise, we cannot believe he did agree to do this kind of a photo shoot. Our favorite hero is donning pigtails, making this photo all the more outlandish.

Ryan Gosling, why oh why? It is quite a surprise that this Indie-star agreed to participate in this wallpaper-themed photoshoot. We fail to determine what led him to accept this weird getup. However, we all know that Gosling likes to take intense characters where he gets to express the mental and emotional turmoil of characters with finesse. But, we have to admit that this photo is giving us a major nightmare at the moment.

Nevertheless, Gosling, the Canada-born actor, will remain our favorite. He has achieved a lot within a short time. Gosling rose to prominence when he was just 13-years-old as a child star in Disney Channel’s show The Mickey Mouse Club. Then he appeared in several family entertainers such as Are You Afraid of the Dark? How can we forget Goosebumps? But, he got worldwide fame with the success of the romantic movie The Notebook.

Nicolas Cage is one of the few great actors who is truly charismatic and gifted with incredible acting skills. And Cage is also one of those stars who are the most eccentric, mysterious and misunderstood. The American actor and filmmaker was born into the Coppola family and proved his worth in the entertainment world by winning all prominent accolades, including a Golden Globe, an Academy Award, and a Screen Actors Guild Award.

But, before all that happened, Cage was a struggling actor trying everything to get himself noticed. Cage even resorted to photoshoots like the one you see here in his youth. This is one hilarious photo where Cage apparently has a dramatic scene with the cat. Check out how the cat is perched on Cage’s shoulders so comfortably while its tail flutters on his nose. We hope the cat wasn’t bloated and didn’t pass gas otherwise, Cage’s expressions would have been much more intense.

Bruce Willis has donned many hats as an actor. He has proved himself time and again in a variety of roles, from action hero to drama and whatever comes in between. Who can forget the funniest act he put up in The Whole Nine Yards? And the fact that he has spent a little over 30 years in Hollywood without being irrelevant for even a year or two explains a lot about Willis’ expertise in his craft.

But, one aspect where his expertise falter, at least at some points, was determining the right pose to be clicked in. Just look at this atrocity of a photo where Bruce Willis is kissing another Bruce Willis. While this face-off might have appealed to the photographer or rather the photoshopper, we totally don’t understand its concept. Whether you like it or not, this photo definitely gives us Dr. Jackal and Mr. Hyde vibes. Don’t you think so?