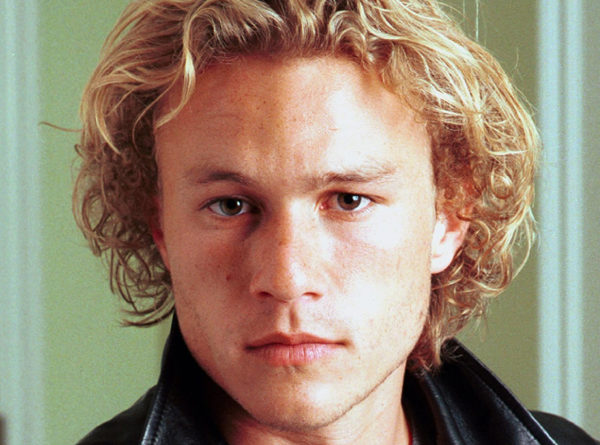 Drug addiction has remained one of the leading causes behind celebrity downfalls and deaths in Hollywood and most parts of the world. The reason is well-known- the easy availability of illegal substances, which is responsible for fueling this habit to no end. Drug overdose is becoming a bit too common now. Drug overdose means someone has taken more than the recommended or standard amount of a substance. Overdosing often results in chronic symptoms or even death.

Many celebrities have died of drug overdoses, either on purpose or accidentally. They became the victims of drug addiction and succumbed to this dependency despite having all the resources and wealth to deal with the issue. It sounds depressing, but we cannot escape the harsh reality that many young and older people are no longer because of a drug overdose. Many of the celebrities, part of this depressing list, were at the prime of their careers at the time of their untimely death. Such is the destructive nature of substance abuse. So, let’s check out which of the celebs made it to this list.

The Foo Fighters’ badass drummer Taylor Hawkins died of an overdose at the Hotel Medina on Friday, March 25, 2022 in Bogota, Colombia. Taylor Hawkins was 50 years old. The band, led by Dave Grohl was on their South American tour when this tragic incident happened. A preliminary urine toxicology test was performed which indicated that Hawkins had ten substances in his system at the time of his death. These substances included  benzodiazepines, opioids, tricyclic antidepressants, and THC, the psychoactive compound in marijuana. This sadly was not the first time Taylor Hawkins overdosed. Back in August 2001, Taylor overdosed but he was in an a coma for two weeks. He leaves behind three daughters; Oliver, Annabelle, and Everleigh with his wife, Alison whom he married in 2005.

“I was partying a lot. I wasn’t a junkie per se, but I was partying. There was a year where the partying just got a little too heavy. Thank God on some level this guy gave me the wrong line with the wrong thing one night and I woke up going, ‘What the fuck happened?’ That was a real changing point for me.”

Michael Williams was an acclaimed actor, model, dancer, and choreographer who rose to fame in the early 2000s. Williams is best known for his role in the HBO drama The Wire, in which he played the role of Omar Little. The American actor received critical acclaim for this role and was believed to have “made every role his own.”

This prominent actor unexpectedly passed away in 2021. He was 54 at the time of his death. Reportedly, Williams consumed a fatal fix of fentanyl-laced heroin and died of an overdose. Four men were arrested in NYC for selling the illicit substance to the late actor, which caused his sudden death. According to the statement from the US Southern District of New York’s Attorney, drug abuse is a “public health crisis that should be stopped.

“This is a public health crisis. And it has to stop. Deadly opioids like fentanyl and heroin don’t care about who you are or what you’ve accomplished. They just feed addiction and lead to tragedy,”.

Miller was a young star who lost his life like many other emerging stars due to a drug overdose. The actor passed away at the age of 26 in 2018. The cause of his death was consuming a higher quantity of alcohol with fentanyl and cocaine. This turned out to be a lethal combination as Miller was found dead sometime later. According to reports, Miller purchased a highly-addictive opioid called oxycodone but was sold a fake version containing deadly fentanyl, a deadly substance.

In 2019, a man was indicted in connection to Miller’s death. The suspect pleaded guilty to one count of fentanyl distribution. As per the plea deal, the accused was sentenced to seventeen years. Later, another man was arrested on the same changers, and he also pleaded guilty for supplying fentanyl, which played a role in Miller’s death. Both the drug dealers confessed to selling fentanyl to the deceased.

Tom Petty was a renowned singer, musician, songwriter, actor, and record producer. He was the lead guitarist and vocalist of the Heartbreakers, founded in 1976. Before that, he led the Mudcrutch band. Petty was also a member of a 1980s supergroup known as the Traveling Wilburys. He was also a successful solo artist.

Tom Petty sold over eighty million records across the globe between 1970 and 2010. Some of his hit singles include Don’t Do Me Like That, The Waiting, Refugee, and Learning to Fly with the Heartbreakers. I Won’t Back Down, You Don’t Know How It Feels, and Free Fallin are some of his solo hits. A lethal combination of sedatives, opioids, and antidepressants caused the 66-year-old to die unexpectedly.

Prince Rogers Nelson otherwise known simply as Prince was regarded as one of his era’s greatest musicians. Prince was a renowned singer, songwriter, and played multiple instruments. The late singer gathered a huge fan following due to his flamboyant persona and wide vocal range comprising high-pitched screams and extended falsetto.

The American singer used potent opioids to numb the pain that wreaked havoc in his body after prolonged athletic performances on stage over decades of his career. On April 21, 2016, Prince was 57 when he died due to an accidental overdose of a highly dangerous, synthetic opioid called fentanyl, which is even worse than heroin. Throughout his career, Prince released 39 albums, and it is reported that there is a vast array of projects in his vault that are yet unreleased.