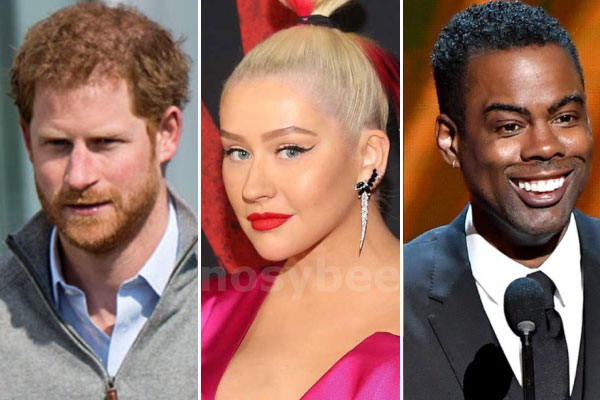 High school can be a pleasant dream for some and for some a nightmare. As adolescents, we go through numerous changes beyond the hormonal fluctuations that our body undergoes. We go through miscellaneous social changes, which are essentially attributed to our high school experiences as these offer microenvironments where students have to abide by unrecorded rules. There’s immense social pressure on students to come across as the coolest kid on the block and earn the approval of fellow students. It is a stage where kids try to accepted in the society, which at the time is limited to their school mates and faculty members. Those who aren’t a part of the favorable category have to face undesirable consequences. Their classmates often tease them. This has always been the case, no matter which era or society we reside in.

It is a fact that we all have to go through a difficult phase at high school in general and youth in particular. Each individual’s personal experiences may differ as they may be lucky not to face bullying in high school or face it on a daily basis. So the experience can be pleasant or unpleasant for people. We simply can’t avoid teasing in our lives at any given stage, but it is probably the worst in high school. And it isn’t something associated with us only because even celebrities whom we regard as perfect in every way have dealt with bullying when they were in high school. Today, you will learn about twenty famous celebs who were harassed as students but are enjoying fame, recognition, and glory worldwide. We will take you to the time when no one believed in their star power or charm- the most challenging phase of the lives of our favorite celebs.

Kate Was Tortured By Mean Girls

Kate was a target when she entered Downe House, a prestigious boarding school for rich girls. Kate however was a she was a ‘day girl,’ that meant that she was dropped off at school during the day but would come home every night. That alone reason was enough to make Kate’s life miserable. The high society offspring who had already formed cliques years ago picked on Kate because she was the ‘new girl’ and a head taller than everyone else. Kate was also quite the sportswoman, excelling in hockey but unfortunately, Down House only had a team for Lacrosse, a sport that Kate did not play…. so yes, for Kate attending Downe House was a nightmare.

Most girls who get bullied at school for one reason or another kept quiet. Some girls are so ashamed and confused that they take measures into their own hand and resort to violence, to the girls who bullied them or to themselves. We often hear of young girls taking their own lives because of bullying at school…and now with social media, they just cannot escape the misery.

Kate luckily took measures and told her parents about the bullying and toxic environment of her school, she was then transferred to a school that was more suitable to her…a school where she developed life long friendships. This is the reason why the world loves Kate… she can relate to someone who have been bullied. We have seen her grown from a private citizen to a graceful royal, taking in her responsibilities and her duties as a royal, gracefully, elegantly and without controversy.

Rihanna Got Bullied For Being Light Skinned

Exceptional charm, persona, and irreverence are some of the few things that cross our minds as soon as we hear the name, Rihanna. Another thing that strikes us all is she isn’t the type of woman one would dare to offend. However, surprisingly, for all of us who know RiRi even a little bit, she had to deal with mistreatment as a student. In 2008, Rihanna revealed in an interview with Allure that her classmates used to tease her a lot because of her skin tone and complexion at school. Rihanna didn’t understand why she was taunted for being too light-skinned.

“I did not understand, I just knew I saw people from all different shades and I was light” and that her classmates ridiculed her as she was very “white.” As per Rihanna’s bio on Wikipedia, the turning point in her career came back in 2005 when her first album titled Music of the Sun was released. It is still popular among music lovers primarily because it featured hits like Diamonds, Work, SOS, Unfaithful, and Umbrella. In 2017, Rihanna’s net worth was $230 million. This leaves little doubt that Rihanna got her fair share of appreciation from the world. The moral of the story- Success is the Best Revenge!

Ed Sheeran is one of music industry’s most famous redheads. He’s donned many hats throughout his career as he is not only a singer but a record producer, and songwriter all at once. As per his Wikipedia page, Ed Sheeran achieved international recognition when he met his guardian angel Jamie Foxx in 2010. The two met in Los Angeles after Ed received an invitation from Foxxhole, the actor’s club. Ed performed at the club, and Foxx was quite impressed by his performance, so he invited him over to his house and Sheeran happily accepted the invitation. The rest is history.

But, it seems like the road to success was a bumpy one because our beloved redhead has to go through his share of ups and downs right from a young age. The singer revealed that during his student life, he was bullied by children in school because of his hair color. He was mocked by the students and regarded as weird.

In 2015, at the American Stuttering Gala, Ed Sheeran spoke about that troubling phase of his life in these words:

“I was a very, very weird child. Very weird child. And I had a port-wine stain birthmark on my face that I got lasered off when I was very young, and one day they forgot to put the anesthetic on, and then ever since then I had a stutter. And I also had very, very big blue NHS glasses. And I lacked an eardrum on one side of my face—one side of my ear—so stuttering was actually the least of my problems when I went to school.”

Taylor Swift Was An Uncool Singer

Taylor Swift is the reigning queen of music and melody. Her worldwide fame and fortune show that nothing can stop you from achieving your goals when you have the talent and passion. Swift has proven how versatile a singer/composer she is, time and again. There’s no doubt that she is the pop goddess of the modern era. However, what disturbs us the most is that this incredibly gifted singer has had a messy love life and problematic teenage.

On several occasions, Swift informed the world how differently kids at school treated her. She revealed that her classmates always mocked her singing and music. She longed to become a part of the group of cool students in high school but she was rejected, which made her life even more miserable. In 2009, while giving an interview to Teen Vogue, the pop princess explained that she liked country music a lot during her teens, but her classmates made fun of her choices.

“The kids at school thought it was weird that I liked country [music]. They’d make fun of me…They showed up, wearing my T-shirts and asking me to sign their CDs. It was bittersweet because it made me realize that they did not remember being mean to me and that I needed to forget about it, too.”

This gorgeous blonde proved them all wrong by achieving success in the music industry through her outstanding preferences in music. Swift explained in the same interview that after she became successful, and visited her hometown for the first time, she was surprised to see the same girls who bullied her requesting her for an autograph.

We fail to imagine anyone else fitting the frame of Hollywood’s most desirable male other than Christian Bale. It is unbelievable that this handsome hunk was teased in school. But, that’s the reality- Bale was teased by his classmates. Bale has given us one hit movie after another, including Empire of the Sun, The Machinist, American Psycho, and the wildly famous DC-Comics fame Batman series comprising Batman Begins, The Dark Knight, and The Dark Knight Rises.

You must have noticed that Bale’s first brush with success happened way back in 1987 when he appeared in Steven Spielberg directorial venture Empire of the Sun. Christian was just 13 years old at the time, and when he returned to school, he was bullied by jealous classmates. While speaking with Digital Spy, Bale revealed how everyone at school singled him out because he earned fame and they hadn’t.

“It was not a great time, I was a victim of bullying and had other kids kicking and punching me every day. It was an early lesson in how making a film can set you apart. If you do not want to live with the consequences, then do not make the film…But that did not help at the time. I was confused about other people’s reactions to me, both good and bad.”

But Bale admits that everyone’s reaction wasn’t the same and that their reactions were both good and bad.