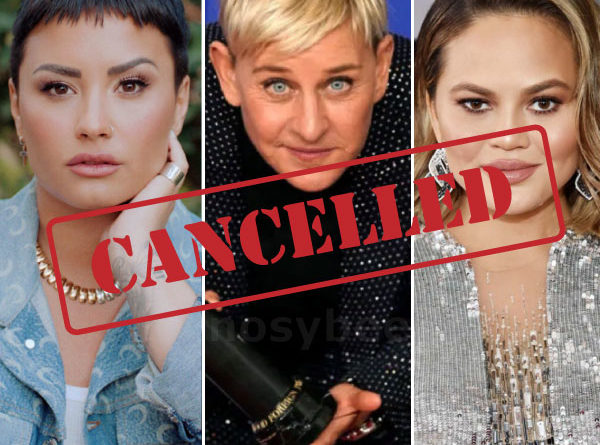 Many people do not feel that a cancel-culture has any long-term impact. When celebrities screw it up, it appears that the public take control of the matter, but we are not speaking about a drop; we are talking about making a mistake! Lately, DaBaby uttered derogatory remarks about the LGBTQ+ community, infuriating fans with his word choices.

Even though a few celebrities keep getting cancelled, fans may have taken a once and never again attitude moving ahead because getting a huge platform should only be used for the better good of mankind, which some celebrities are blissfully unaware of. But when it concerns banning superstars, fans have difficulty believing it will last because the celebrities always return!

March 27, 2022, it’s Oscar night and the A-list celebrities for the first time since COVID-19 are dressed to the nines and attending the 94th Academy Awards. Will Smith is nominated for Best Actor in motion picture for his role as Serena and Venus Williams’ father in “King Richard.” The funny and charismatic comedian Chris Rock hosted the Oscar’s and he made a joke about Will Smith’s wife Jada and how she can be the next G.I. Jane. At first Will Smith laughed at Chris’ joke… until he turned to look at his wife and Jada was not having it. Fear of getting his ass kicked when they got home from the event and parties, Will took action into his own hands and slapped Chris Rock across the face and proceeded to vulgarly cursed him on live television, with 13 million viewers watching.

One would think it was a compliment to Jada, given as how the character G.I. Jane is a badass female trainee in the US Navy’s elite SEAL/C.R.T. division. Jada has been sporting a shaved head as she associated her “baldness” to alopecia. Chris Rock did not know about her condition and made a harmless joke. Will Smith won for “Best Actor” for King Richard. He got 2 standing ovations for his acceptance speech about love. It appears that those who gave him a standing ovation support Black on Black violence. Clearly these celebrities approve of Will Smith’s assault on Chris Rock. Will Smith has officially resigned from his membership of the Academy Awards. Netflix is currently reviewing their collaboration deal with Will Smith. We hope the rest of the industry will cancel all association with Will Smith for his act of violence.

Justin Trudeau has not gotten cancelled yet… but he should immediately! Justin Trudeau, the blackfacing Prime Minister of Canada accused a conservative Jewish Minister of Parliament Melissa Lantsman of supporting neo-Nazis after she criticized Justin Trudeau over his rhetoric toward the Freedom Convoy Truckers and protesters who have peacefully camped in downtown Ottawa for weeks over vaccine mandates and other restrictive COVID-19 rules. If the people of Canada don’t cancel this fascist psychopath PM, Justin Trudeau who is a Fidel Castro sympathizer and thinks Castro was the greatest leader ever was… then there are no other words other than Canada is doomed.

“Individuals are trying to blockade our economy, our democracy, and our fellow citizens’ daily lives. It has to stop. The people of Ottawa don’t deserve to be harassed in their own neighborhoods. They don’t deserve to be confronted with the inherent violence of a swastika flying on a street corner, or a Confederate flag, or the insults and jeers just because they’re wearing a mask. That’s not who Canada — Canadians are. That’s not what Canadians demonstrated over the past two years, of consistently, continually being there for each other. The people of Ottawa, indeed, people across the country, deserve to have their safety respected and deserve to get their lives back.”

The empress of The View, Whoopi Goldberg, claimed on live television that the Holocaust is not really about race; she was chastised. Whoopi Goldberg has been suspended by ABC for two weeks. “It is about the Holocaust, the killing of six million people, but that did not bother you?” UPDATE: Whoopi Goldberg, after a two suspension is back as the anchor host of The View. One has to question, did Whoopi get a pass because she herself is an African American with a Jewish last name? Whoopi said this in her interview:

Mr. Big is no longer a fan of Sex and the City. On December 16, 2021 in a piece of news released by The Hollywood Reporter, two women charged the star of sexual harassment. In an article issued by The Daily Beast the next day, another woman came with charges of sexual harassment against the actor, who is 67 years old. Noth has refuted the charges.

“The accusations against me made by women I met years, even decades, ago are categorically false. These stories could have been from 30 years ago or 30 days ago; no, it always means no. That is a line I did not cross. The encounters were consensual. It’s difficult not to question the timing of these stories coming out.”

Chrissy Teigen has been fired after it was revealed that she mistreated a lot of celebrities! While she appears to be using Twitter for entertainment, it appears that she often utilizes social networks to harm other people. Courtney Stodden and Michael Costello, both designers, stepped forward with invoices, alleging Chrissy had harassed them to the point of no return. Costello further alleged Teigen of destroying his profession and tarnishing his name around the business. On May 12, Teigen apologized on Twitter in a thread.

“I am mortified and sad at who I used to be. I was an insecure, attention-seeking troll. I am ashamed and utterly embarrassed at my behaviour, but that is nothing compared to how I made Courtney feel.”