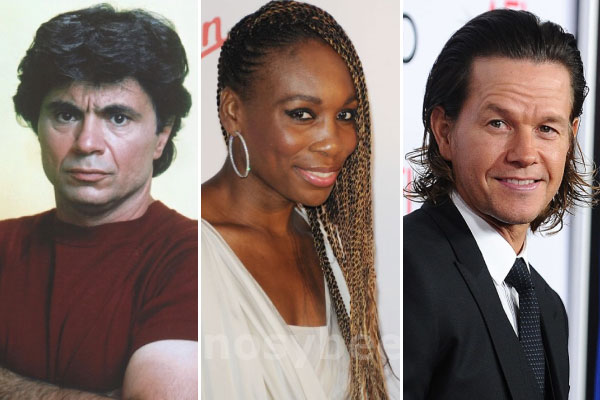 It is hard to believe that people whom we look up to for inspiration and guidance in all aspects of life could harm someone in the worst possible manner by killing them, be it an accident or with intent. However, it is indeed true that some of your favorite celebrities have been involved in such heinous acts. Some got involved in tragic accidents that took people’s lives away, and some committed murders in cold blood. Some of them are war heroes who had no other choice but to combat their enemies and take their lives. So, the manner of killing could be different, but the bottom line will remain the same that they did kill people.

But, let’s not be judgmental and regard them as plain criminals because sometimes the circumstances could be such that it leaves no choice for the person. While celebs definitely live a less stressful life than many of us do, they still have to face many everyday life challenges and act or react in a particular, socially unacceptable way. Such as, they also deal with traffic jams on the way home from probably 18 hours of work or face power outages. Some celebrities, however, tend to get lost in all the glamor and glitz that’s a part of their life and end up committing crimes like murder consciously or unconsciously. Today, we will introduce you to the 25 most famous celebrities who committed murders, but you aren’t aware of it. Let’s take a look at who made to this list.

On October 23, 2021, while rehearsing for a scene, Alec Baldwin the star and producer of the Indie-Western film ‘Rust’ was practicing drawing his “cold gun” and discharged a live round. The bullet shot and killed cinematographer Halyna Hutchins after wounding director Joel Souza on the set of ‘Rust’ which was filmed at the Bonanza Creek Ranch in Santa Fe, New Mexico. Alec Baldwin claimed “The trigger wasn’t pulled. I didn’t pull the trigger.”

On August 13, 2022, the FBI forensic report concluded that Alec Baldwin did indeed pull the trigger of the gun, a single-action .45 Colt caliber F.lli Pietta as it “could not be made to fire without a pull of the trigger.” On the day of the fatal accident, many union crew members walked off the set in protest of “poor” working conditions as there had been one prior incident of the prop gun misfiring. In fact, Halyna Hutchins had been advocating for safer working conditions for her and her staff, but those concerns were not taken seriously perhaps due to allegedly to additional cost of production.

On May 19, 2014 at his Hyde Park, California home, Michael Jace was arrested for murder. This rising star actor who had impactful roles on the FX’s channel The Shield and movies such as State and Play had shot his wife, a track and field athlete in the back and a on her legs. Both his sons who were 5 and 8 years old at the time had witnessed this domestic violent shooting. It was believed that Michael was suspicious that his wife was seeing another man.

April at the time was training on compete on a co-ed team and Michael did not liked that. In his defense, Michael claimed that his wife April was cursing at him after she told him she wanted a divorce. “She lunged at me. I pushed, she spun I shot her in the legs after she fell down.” Michael claimed that he just wanted to wound her, not kill her. Michael was charged second degree manslaughter with her murdered on June 16, 2016 and sentenced to forty years to life. He is currently serving his time in Corcoran State Prison in California.

The “America’s Got Talent” judge and singer Brandy Norwood got involved in a Los Angeles freeway pile-up in 2006, leading to the death of Awatef Aboudihaj. Aboudihaj, although had struck the vehicle in front of her car, soon enough, Norwood hit her rear bumper. She later accepted responsibility for the accident. The Grammy Award winner and actress didn’t face charges in the car crash that occurred in December 2006 and resulted in the death of a 38-year-old woman.

Police suggested that the former Moesha star face vehicular manslaughter charges after her Land Rover collided with another car from behind. The spokesperson for Los Angeles City Attorney Frank Mateljan released a statement on behalf of the department after the investigation. Brandy would have faced up to 12 months in jail and an approximately $1,000 fine if convicted. Awatef Aboudihaj’s relatives filed a $50 million wrongful death lawsuit against the singer. Still, investigators ruled out the involvement of drugs or alcohol in the crash and stated that there was no evidence that Brandy used her cellphone while driving.

Tennis superstar Venus Williams was involved in a car accident in 2017. Williams was driving herself in Palm Beach Garden, Florida, and suddenly at an intersection, the car collided with another, and she was T-boned. One man died as a result of this collision, but the driver, his wife, survived. The 78-year-old male was immediately taken to the hospital and was identified as Jerome Barson. He was admitted to the ICU and two weeks later succumbed to the injuries.

Barson’s family filed a lawsuit against Venus Williams, claiming that Mr. Barson suffered ‘massive fatal injuries’ on 9 June 2017. Previously, police had cleared Williams of any wrongdoing regarding the crash. The deceased’s wife, Linda Barson, who was driving at that time, was also cleared. Investigation revealed that an unidentified third car illegally crossed Williams’ path when she was trying to move through the busy main road near her residence. This set off a chain of events leading to Williams’ vehicle slamming into Linda’s. The car slammed into the passenger side of Williams’ SUV. The police also ruled out any involvement of alcohol, drugs, or mobile phone distractions. According to the 7-time Grand Slam winner, she didn’t see the couple’s car and wasn’t rash driving at all.

On March 31, 1993, Michael Massee from twenty feet away fired a shot at Brandon Lee, on the set of the movie The Crow. The bullet went through his stomach and had lodged on his spine. No charges was filed on Michael Massee and it was ruled as an accidental shooting.

This was a terrible tragedy that could have been prevented had the Carolco studio decided that it was cheaper to dismiss the firearms consultant James Moyer from the set and let the film crew prepare the gun that would fatal end Brandon Lee’s life. Brandon Lee was the only son of Bruce Lee and Linda Lee Cadwell. He was 28 years old at the time of his death.