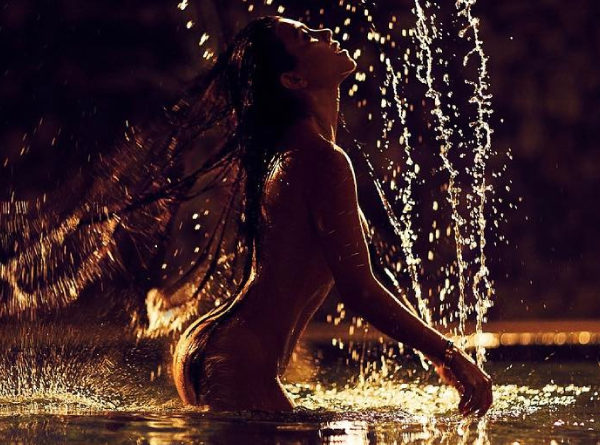 There have been incidences like when well-known stars posed nude mistakenly. Such as when Cardi B uploaded her nude pics or when Chris Evans’s unfortunate nude shot at the NSFW. You can refer to them as inevitable celebrities oops moments. Many celebs have become victims of nude photo leaks, and that’s something they have endorsed as a part of the package. They are celebrities, after all, people would try to exploit their fame in more than one way.

However, some celebrities posted their nude pics purposefully and willfully. You can credit the ongoing trend of posing nude to the rise of the Kardashian clan or the internet. Whatever the case, there’s no denying that posting nude photos to grab headlines and eyeballs has become a norm in Hollywood. Some celebrities are so proud of their bodies, especially when pregnant, that they regularly pose nude for the camera and happily share their photos with their fans. Today, we will check out 28 such celebs who posted their nude photos and took the world of the internet by storm.

Former One Tree Hill star is the first celeb to feature in the list of celebrities who posed nude and are proud about it. Jana Kramer recently posted a photo in which she is completely naked and shows off her incredibly fit post-pregnancy body and breast implants. She shared the photo with a strong message that read. That’s not the first time Kramer posed nude. In 2018, when the country singer and actress was pregnant, she posed topless for US Weekly magazine. Kramer was joined by her husband Mike Caussin and daughter Jolie Rae. Though the shoot was for family portraits, Jana is entirely naked from the top in one of the photos. In fact, she unbuttoned her jeans to show off the baby bump while she covered her breasts with her arm.

If there’s one celeb in the entertainment industry who knows well how to pose nude and appear decent instead of looking vulgar, it is Liz Hurley. She is also well aware that posting nude photos is the ideal way to get attention from the media and fans. When she had to clear the air about recent rumors that she was to feature in a reality show, which actually she wasn’t, the actress released a statement with a nude photo where she is sitting in a rural retreat.

The 55-year-old star wowed her admirers with this stunning photo where she looks simply gorgeous. She sits cross-legged while her wavy locks cover her bare breasts and shoulders in a flattering way. Her body is truly enviable in this photo, and her fans were quick to relay their feelings to her. A vast majority of her fans shared the consensus that she looked elegant and beautiful.

Megan Fox is probably one of the most beautiful and sexy actresses we have seen in a long time. Ever since her big debut in the franchise movies Transformers, boys of all ages have lust over her. She oozes sex appeal in every move she makes.

“It’s not that I don’t appreciate it, it’s just that I feel undeserving of it. I get really embarrassed and I don’t know how to handle it. It’s like I’m in my underwear every other week in a magazine, so it’s not like I’m trying to hide it. There’s nothing wrong with being sexy or being sexual or being a woman. I’m not afraid of that. I just don’t necessarily like to talk about myself that way.”

“I haven’t even thought about doing nudity in films, but I’m gonna say that I’m leaning towards ‘no,’ as of right now. I can’t speak for the future. People change. It can be beautiful. And it can have a great impact. And it can win you an Oscar. I mean, not the nudity itself, but the role.”

Paulina had also posed nude for Los Angeles Magazine, and at the time of this shoot, she was 56 years old. Her slim and trim body speaks volumes about the effort and time Porizkova has invested in keeping herself fit as she age. The former Czech supermodel has appeared on around 21 Vogue covers as well as countless shoots for Sports Illustrated, where she appeared in bikinis throughout the 1980s, 90s, and 2000s. And, each one of her nude appearances has been exquisite and tastefully done, even this random photo from her gram.

Paulina Porizkova is known for her nude photoshoot for Vogue Czechoslovakia. She grabbed headlines for showing off her fit and healthy body at the age of 55. However, much before she stripped down for the magazine, she had posted this nude photo on her Instagram, which not many know about.

The actor bid farewell to an utterly devastating and stressful 2020 with a fully naked photo, which, interestingly, was clicked by his better half. Josh Brolin can be seen stretching out and relaxing on a patio chair while keeping his feet on the table. We can see a mug in his hand, and probably he’s drinking something. Nonetheless, this is an unusual way to pose nude for a photo, but we love the carefree vibes this picture exudes.

“At the end of the day a life will judged by how often you were naked. Nobody told they meant metaphorically.”

The 52-year-old American actor posted this photo on his Instagram. Though Brolin and his wife, 33-year-old Kathryn, have moved out of Los Angeles and now reside in Simi Valley, Atlanta, we aren’t sure where this gorgeous photo was taken. Do you have any idea?