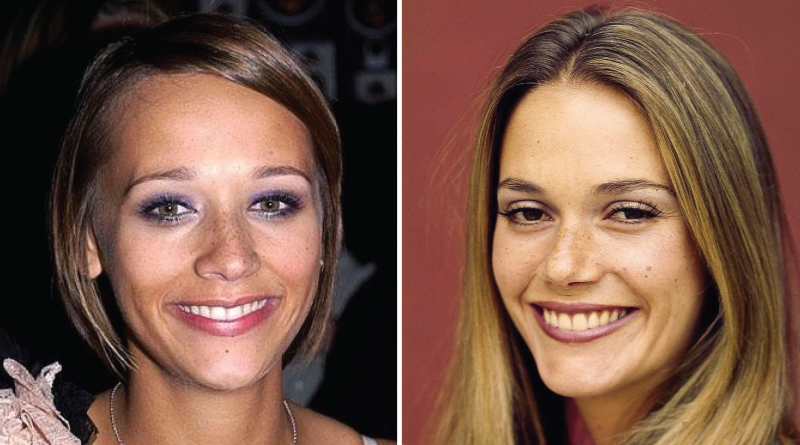 Famous people only appear to be superhumans and out of our reach, but they are just like any other person at their heart. They face similar issues as we all do, from having bad hair days to paying the bills at the last hour. It is all a part of life for them, as many of us. Similarly, their experiences and grievances are almost the same as any other non-celeb parent when it comes to children. But, what makes their children different from the rest is that their grooming starts from a young age, and that’s why their appearance and mannerisms are pretty polished whenever they make public appearances.

Interestingly, their parents weren’t as lucky to have an entire team of stylists at their disposal when they were young. So, today, let’s find out what our favorite celebrities’ children looked like when they were the same age as their parents. Meet the stunning kids of some of the hottest Hollywood celebrities.

Milo Gibson is Mel Gibson’s son from his first wife Robyn Moore. Milo is relatively new to acting roles as he only started pursuing a career in acting as of 2016. We all know the legendary Hollywood superstar and badboy Mel Gibson’s record of acting and directing achievements, so we won’t get into that. We definitely know that Milo definitely has his father’s good looks genes as they look so similar at the same age of 28 years. Milo made his first debuted in the film industry in his father’s blockbuster Hacksaw Ridge.

Uma Thurman made her mark in Hollywood with massive hits like the Kill Bill franchise and Pulp Fiction. But that’s not the only domain of the entertainment industry where she made her presence felt as Uma tried her luck in modeling and was successful at that too. Seems like her beauty and talent were passed on to her daughter Maya Thurman-Hawke since she is equally beautiful as her mom and is now pursuing a career as a model and actress.

Gwyneth Paltrow and Blythe Danner – In their 20s

Gwyneth Paltrow is an Academy Award winning actress. She was notorious for making rom-com movies back in the 90s and early 2000s. Married and now divorced to the frontman, Chris Martin from the band Coldplay. Gwyneth Paltrow has retired from acting, though she frequently makes cameo appearances but these days she runs a wacky new age website she named Goop that sells crazy objects like a vagina candle. She is the daughter of Blyth Danner, an accomplished actress in her own rights… and still is acting now that she is in her 80s.

Gigi Hadid’s name must strike a bell in your mind since she has been appearing on the covers of all mainstream magazines for the past few years. The leggy lass has worked for all major brands, from Chanel to Tommy Hilfiger, and is the face of many prominent cosmetic and makeup brands. And she achieved all this during her early 20s, can you believe that? Her mom Yolanda Hadid looked just as stunning as her gorgeous daughter when she was 22. Yolanda was also a successful model during the 1980s. Now we know the secret behind Gigi’s beautiful looks and charm. She is a replica of her mother.

Olivia Benson was probably the most memorable female character ever to appear on our TV screens. Do you have any doubt about that? Well, this outstanding role was played by Mariska Hargitay, who doesn’t seem to be under any pressure to match the caliber of her mother, Jayne Mansfield. During her youth, Jayne was a famous model and posed for many high-profile magazines, including Playboy. Mariska has definitely inherited the beautiful features of her mother, and by choosing to be a model, she is following in her mom’s footsteps. But, achieving the same level of success might take some time since Jayne was a successful model even before she turned 20.