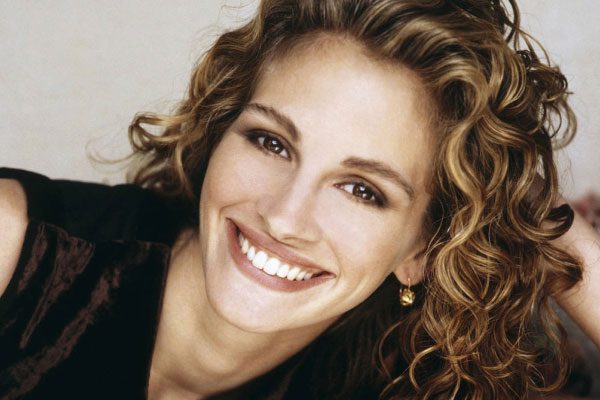 Not all the perfect, white, symmetrical celebrity smiles you see are ‘their original smiles’. Stars are more concerned about their appearances than any of us. There have been major cosmetic dentistry procedures done on various famous personalities which have enhanced their looks by making their smiles flawless. Ah…. that Hollywood flawless smile that everyone aspires to have.

While some have got dentures, some have put caps or porcelain veneers to brighten up their smiles. And of course endless amount of white teeth brightening expense is part of the norm. Unlike many skin cosmetic surgeries including Botox or fillers, the dental surgeries have mostly gone correct and expected. Let’s go through some mind blowing transformations.

The ‘Argo’ star-Ben Affleck was asked to get a dental makeover done before his 1998 movie ‘Armageddon’. Ben’s adult teeth looks like his baby teeth for guy that’s 6’4 foot tall. The new set of teeth complimented his role in the movie and also gave him a permanent gorgeous grin. The star previously had a very immature looking smile with small gapped teeth giving him a childish look, also seen in his famous movie ‘Good Will Hunting’. The star had to see a dentist to get his current flawless smile with bright white and symmetrical teeth.  Now his perfect teeth fits his face.

“We paid for a set of $20,000 pearly white teeth. Ben’s gonna hate that story, I always liked low shots that kinda come right under your chin and make you a little bit heroic and he kinda had these baby teeth. So I told [producer] Jerry Bruckheimer, ‘God, he’s got these baby teeth, Jerry, I don’t know what to do!'” he continued. “Jerry used a very famous star in a plane movie that he replaced teeth with so he said, ‘We did it to him, why not do it to Ben?’ So my dentist had Ben sitting in a dentist’s chair for a week, eight hours a day.”

One of the highest paid actresses in the 80s and 90s, Demi Moore has always been a leading figure. She has been a part of several active movements such as a movement for an initiative of equal pay for male and female celebrities. She is an actress and  a producer with exceptional skills. The lady faced some emotional traumas related to her personal life but evolved into a stronger individual eventually. Apart from growing mentally and emotionally , she also got a physical transformation and looks astonishing as compared to her previous appearance. The star admitted in a show that she had knocked on of her teeth due to stress. She thanks modern dentistry for giving her a fair look even after such a big loss of her tooth.

“I sheared off my front tooth, I’d love to say it was skateboarding or something really kind of cool, but I think it’s something that’s important to share because I think it’s literally, probably after heart disease, one of the biggest killers in in America, which is stress.”

Tom Cruise is known for his phenomenal acting skills as well as his amazing looks. His perfect smile has indeed increased his female fan following.  It might be shocking to know that Tom’s even, well shaped white pearly teeth are not originally his own. Tom Cruise has not only got his teeth realigned via braces and porcelain and but he has also got veneers to make his smile look brighter and whiter.

The former Spice Girl and Mrs. David Beckham is known to be the ‘beauty with brains’. She is the one who founded the brand “Beckham” and is one of the most popular fashion designers in the industry. The star is rarely seen smiling on camera however her dental makeover did amaze many of her followers. Her teeth look even and filed than before.

The veneers that she uses have given her a 100-Watts bright smile which was never noticed before….perhaps it is too noticeable. Too much of a good thing isn’t always the best as her teeth somewhat looks like bathroom tiles.

The Director, Actor and producer , well known for his masterpiece ‘Fences’ has also got some dental work done to reveal his big grin on screen. The Oscar winning star had misaligned teeth with excessive gaps which did not give him a flattering smile. The star now has porcelain veneers which have not only given him a symmetrical smile but has also given it the brightness, it never had.