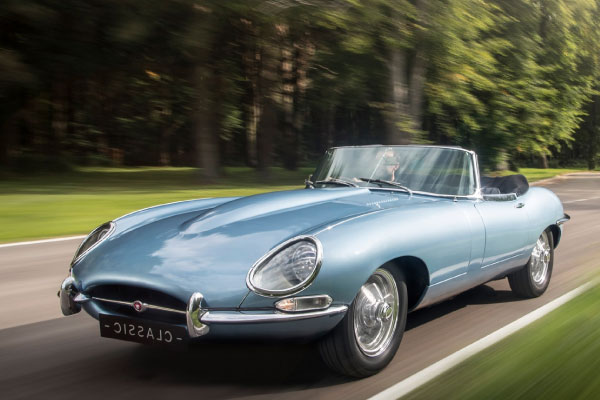 Cars are a marvel of an industry: they are the synthesis of pristine and impeccable art mixed with spirit of mankind’s innovation and technology. And yes, we love them. Nearly all of us love to have a beautiful car to drive, to admire, to care for. Except that some go an extra mile in that love; those people treat them like their babies and are willing to spend a whole lot of time and money to care for them.

When it comes to pricing, cars are diverse in that regard as well. There are entry-level, budget-friendly cars; then, there are luxurious one; and then there are these Exorbitant beauties. These cars, albeit candy of each single pair of eyes, are very expensive to buy—and their maintenance and repairs are guaranteed to break your bank. But, they are worth it! Let us find out about these most-wanted cars that can cost you a fortune.

It was originally planned that the Porsche 924 would be sold with the VW logo…up a Volkswagon, but in the end, it donned that fancy “Porsche”.  This 2+2 coupe, with Turbo in its name, did live up to all the expectations and hype with its fiery speed and swift movements. Released in 1975, the production of this little beast continued for more than a decade. Though as lovely and tempting it may look, keeping it may break your bank—literally!

Introduced as a flagship model at the start of ‘90s, Maserati’s Shamal is no common name. It had the honor—and pride—to be included in the manufacturer’s most exorbitant cars, and rightly so. The company gave a keen attention to the design as well as the performance of this car. This leader of BiTurbo series boasts an eight-cylinder twin-turbo engine that can produce 322 HP. Add to it those Italian parts, and it is a complete package—to deliver a blow to your bank balance. As a wild, untamed beast requires a skilled master, Shamal requires a stable cash-flow for its maintenance.

The British can design some of the most beautiful cars, though not very efficient… and the American’s are known for their gas guzzling muscles cars…well if you combine the two, this is what you get, a British-American automobile: Jensen Interceptor. This British beauty sports a made-in-America V8 engine, and the sound of it passing tells the story as to how much power she can produce. And yes, maintaining this wild beast can seriously injure your bank balance.

Just like Jensen Interceptor, Pantera is a British-American car. With a V8 Made-In-America engine under the hood, it could produce 326 HP and a maximum speed of 150 miles an hour. You may be wondering why was there a need for those American engines? Well, ‘70s was the time when each state in Europe was comparable to others in terms of mechanicals; Americans had an upper hand.

By the looks of it, one may be led to think that they can afford this good-looking car from ‘70s, right? The answer is no. First, it’s Alfa Romeo. Second, it is Italian. Third, it has a six-cylinder engine capable to reach 127 miles per hour. Fourth, it is from the time when Italian production was not synonymous with durability, reliability and performance. Bottom line: one cannot simply afford to keep this hatchback that easily.

To someone who is not much into this car stuff, this might look just like another car that can help you commute. But for an enthusiast, Lagonda is an icon. With a 5.3L v8 engine, this beauty can produce 280HP and can reach 143 mph easily. And with keeping this beauty comes a nice list of bills and costs!

No offense, but both French and Italians are well-known about their (un)reliability when taking a hit—take World Wars for instance. Hence, both of these countries joined hands to build a reliable car that can take bullets as well. Years of research, innovation and hard work resulted in Citroën SM. Although the car does well when it comes to being reliable, it is not very much encouraging when it comes to its maintenance and other costs.

One of these exotic beauties was owned by the famous Miles Davis. The car is actually cool, and looks as if a normal person can afford it. In reality, however, only a few of us can afford it. Though the price-tag is comparable to that of 911, the low mileage per fuel, servicing and maintenance can turn out to be quite exorbitant.

Having a Ferrari remains a dream of nearly all of us—though the realization of this dream comes only for a handful. This F355 is another dimension of that dream. Wait, let us pull you back to reality: one engine-out servicing of this car may cost you well above $10,000. The rest you can imagine yourself.

E-Type is often referred to as the prettiest car ever made in automobile history. And this is not it: with a six-cylinder engine that can produce 265HP, it will always be in the books of powerful beasts. Looks: check; Performance: Check. Reliability: Uncertain. Maintenance and other costs can squeeze quite a handsome numbers from your bank. This exact car in the above photo needs a tremendous amount of restoration is currently for sale…asking price? $35,000. It’s a beauty alright but it will cost you a hefty price

And yet another Jaguar that can cost you a fortune—not when bought, but when kept. Though not termed pretty as the Es, the Jaguar XJS are quite a deal: they do not definitely carry as much hefty price tags; under the hood is a V12 engine ready to break the meters with speed and power. But, XJS are also definitely bad in terms of reliability. Just an issue of electrical, let alone mechanical, nature can cost you some real bucks.

Only God and the people who have actually driven the Elan truly knows the feeling of it. The Lotus Elan is a trademark when it comes to the feel it offers once the person is inside it. Featuring a 1.5L V4 engine, the Elan is capable to reach a maximum speed of 136mph. However, if we talk about reliability and upkeeping, it requires a lot of bucks and time. This is one beauty with one of the highest maintenance… where you literally drive off the dealer and straight to the mechanics.

The manufacturer i.e. Lotus is known for unreliability and regular breaking down of their cars. Lotus Esprit is no exception.  So far as performance is concerned, Esprit with its twin-turbo V8 engine turns out to be a bang for the bucks spent. And nowadays, these beauties can be bought for around $33,000. But we cannot guarantee about its reliability.

Lamborghini Miura is one of the most celebrated cars (and designs) in history. This beauty has attracted so much attention that Hollywood directors had to use one for the movies, specifically The Italian Job. Manufactured in Italy, carrying a Lamborghini Logo, boasting a powerful V-12 engine—what else one can ask for? A relatively less upkeeping cost. The maintenance and other costs are astronomical in magnitude for this beauty!

There are multiple automobile manufacturers that have introduced SUVs—each being more sophisticated and advanced than the other. Yet, an SUV by Land Rover is a class apart. Though the company may offer you handsome deals for their newer models of SUV, the original one is definitely an exquisite beauty.

This little yet beautiful convertible is a decent one to have: it is powered by a V4 engine, and have a maximum speed of 100mph. A ride in this decent convertible can be as soothing as one may imagine—until the wiring catches fire! Spitfire is decent when it comes to statistics, but very much unreliable.

When it hit the market, RX-7 became everyone’s—at least the enthusiasts’—darling. It had a beautiful design, a smooth handling, a decently powerful engine and a nice feel. Here’s the catch: since this car has a rotatory engine, the apex seals need to be changed every now and then. And they are very expensive, not to mention the other costs.

First of the BMW; last in this list. This first generation is a most-wanted car that each one of us would want to keep—why not! The sound of the V12 engine revving up, the detailing of the car, those trademark kidney grills, all of these can make any person want to have it until they see the maintenance and other costs. Since the car utilizes so much of electronics e.g. engine controls, etc.,  it takes toll on the car’s reliability.