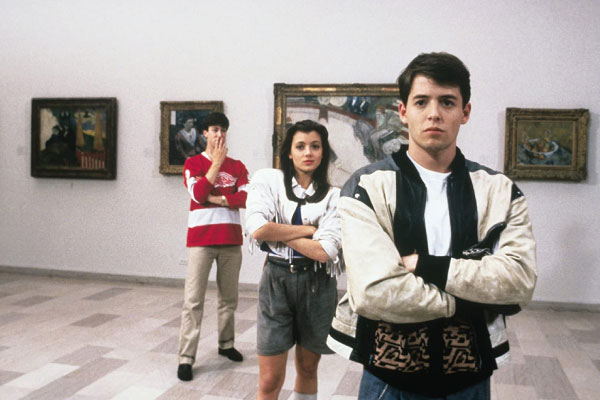 Ferris Bueller Day’s Off (“FBDO”) was undoubtedly an iconic comedy movie of the 1980s… specifically in 1986. The movie left a legacy which has inspired a whole generation of comedians and gave comedy films a new direction. The movie made Bueller as an ode for youngsters in its time and even still to this day. It’s incredible that John Hughes, the writer and director so poignantly capture American’s adolescence in the 1980s but specifically his imagination of what it would have been like in an ideal situation for a teenager to ditch school and do whatever the heck he wanted… and inthis case, it was Ferris, his girlfriend Sloane and his bestfriend Cameron exploring the city of Chicago.

Here are 30 infamous facts of this movie which will make you fall in love with this movie all over again. with it even more. So let’s find out the facts about the movie which you might not have ever known. Some will definitely surprise you.

The Lead Actor and Actress Were Engaged

Yes, you heard it right. The movie became the reason for bringing two love birds closer to each other. Jennifer Grey who played “Jeannie” (Ferris’ sister) who was twenty-six years old at the time of filming and Matthew Broderick who of course was “Ferris Bueller” who was twenty-four at the time, met on the set of the movie and there they decided to get engaged. However, their engagement didn’t last long and soon both parted ways after a tragic accident which they had in Ireland. In that accident, two people were killed by their car.

Layman Ward and Cindy, both got married at the onset of the movie in 1986. The couple gave birth to two children, but just like Jennifer and Mathew their marriage bond broke: after 6 years and two kid later, in 1992 they filed for divorced. It would have been kinda funny had they named their two children Ferris and Jeannie.

The movie director brought Del Close to participate in the movie. As he was the one who formulated the modern improvisation acting and introduced it to the world. Perhaps it is because of this that the characters in all of John Hughes’ movies seem so natural and fitting in their role… perhaps because they were allowed to be themselves rather than read directly from a script.Hughes cast Del Close as the English teacher in the movie where he is found speaking in his famous accent” In What…. Waaay?” to his students.

In addition to that Ben Stein’s scene, the phone call between the Principal and his assistant Grace was also improvised—and was not planned in the script.