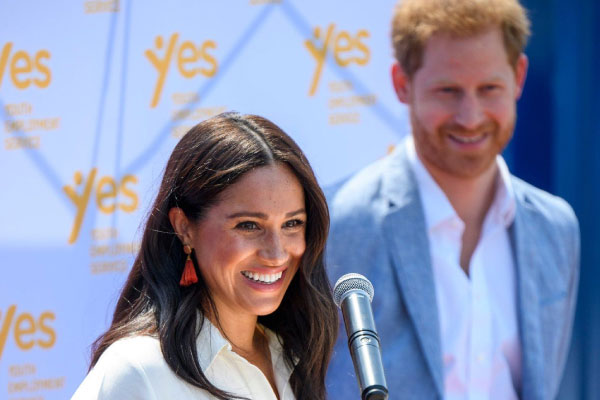 What do you think is the cost to attend a public speaking conference or university commencement of someone you idolize? We won’t lie to you, it’s quite a lot, and it’ll probably burn a hole in all of our pockets. Public speaking generates a lot of money for celebrities, for some A-listers like Leonardo di Caprio or Matthew McConaughey, their speaking engagement fee can range from $100,000 to $1,000,000. From former United States Presidents to ex-royals, you will now know as you go through this list of highest-earning public speakers who they are. However, the amount that they are raking in reported here is not entirely exact because of disclosure issues.

Let us give some credit to Bill and Hillary Clinton for making public speaking circuit a very decent way of earning after retirement from the presidency… How much they each make will make you want to wish you were a scandalous, Lolita jetting ex-president. Even at the lowest paying speaking fee that these high profilers charge is equivalent to the average American annual salary! So if you feel like your college degree that you spent thousands of dollars on is useless after reading this article, you’re not alone.

Jimmy Carter was the former President of the United States of America, the one term 39th president, reportedly, once charged $50,000 for a single speech. However, The Associated Press claims that he usually never takes money for his speeches. Carter was caught in an awkward moment where he said that he doesn’t charge $1 million, which former President Ronald Reagan would take for his speeches. He has always followed the motto of being a giver and never a receiver…perhaps!

When Jimmy was still mobile, he likes to chime in on current political events, perhaps to stay relevant in the public’s eye because it seemed that he never got over from losing his second term to Ronald Reagan. Truth is, Jimmy Carter doesn’t really have much to contribute these days or even when he was leading America.

Sir Richard Branson is one of the most charismatic keynotes speaker that commands quite an audience. A marketing and brand tycoon who acquired infinite wealth through his business empire, that comprises of over 200 business through his conglomerate Virgin Companies. However, Branson also created a name for himself in the public speaking domain, and people are, of course are attracted to his knowledge of such diverse topics, from music to shuttling passengers to space for a mere $200,00 per person.

Most people regard him as a business master-mind. He might put a huge dent of $100, 000 or more in your bank if you want Richard Branson to speak at your event if you’re lucky… as he’s known to have a $1 million speaking fee at some other engagement. Who wouldn’t want to listen to Sir Richard Branson speak?

Lance Armstrong has gained popularity over the years and has many followers willing to pay his ridiculously high fee for a mere speech… well at least before seven of his consecutive Tour de France winnings was stripped from him for doping all those years he was competing. We do not have the exact amount he charges per public speaking engagements, but it is approximately in the ballpark of more than $100,000. Some say that he has earned an estimated $750,000 from a foreign business trip he took. What’s surprising is that this amount is considered normal.

Lance Armstrong is the poster boy of a ‘great’ athlete who is only great because he cheated. His LiveStrong Foundation that he created to help patients who have cancer and has done great good for further development of cancer research which Lance fought and overcame. Since he was convicted of cheating his winnings by doping, he has been stripped of not only all seven titles of the Tour de France but have lost all sponsorships from major brands.

Palin wasn’t a known public figure before running for the Vice-Presidency in the McCain-Palin ticket. Since then, Palin has come a long way for sure. As a public speaker, Palin has become a bankable name in the country. Her speech costs her host a whopping $100,000 per speaking engagement.  Palin earns even more through her other ventures, such as books she wrote, and there are rumors that a reality TV series is also in the works.

Other than being the butt end of a Saturday Night Live skit, we’re not sure what Sarah has to say because about the only thing she’s known to to do is to play up her Alaska grisly maman personae.

The salary of a Vice President of the United States while in office is approximately $230,000 a year… and for eight years under the Clinton administration, that just didn’t seem enough for Al. So he came up with an idea of profiting from an end of the world crisis and created a ‘documentary’ called the Inconvenience Truth … however, the only the truth was, Al was and is a hypocrite. This former Vice President when not profiting off of his fake ‘Climate Change Crusade’ which he won a Nobel Peace Prize for (yet another complete joke of an award). Riding off this documentary’s popularity and the Nobel Peace Prize, books he wrote, Al launched his own media network, Current TV Network and later sold it to Al Jazeera for a $500 million. Al hit the public speaking circuit hard and would charge a minimum of $100,000 per engagement… promoting his network and his climate change/evil fossil fuel cause. Nothing wrong with that, you say… well the only problem is Al Jareeza is owned by Qatar, a country funded by fossil fuel. See the hypocrisy? In his book he even quote:

Virtually every news and political commentary program on television is sponsored in part by oil, coal and gas companies — not just during campaign seasons, but all the time, year in and year out — with messages designed to soothe and reassure the audience that everything is fine, the global environment is not threatened.”

Our number one Conservationist cheerleader is nothing a but a sell out and a fake when back in 2007, Al’s electrical bill for his private mansion was leaked to be $30,000 which is twenty times more than the average home in America. Funny how after his network was sold to Al Jazeera, Al’s speaking engagement stopped. It’s possible people realized he was a fake? But what is more probable is when you have pocketed north of $100 million from selling your phony network to Qatar, why work?