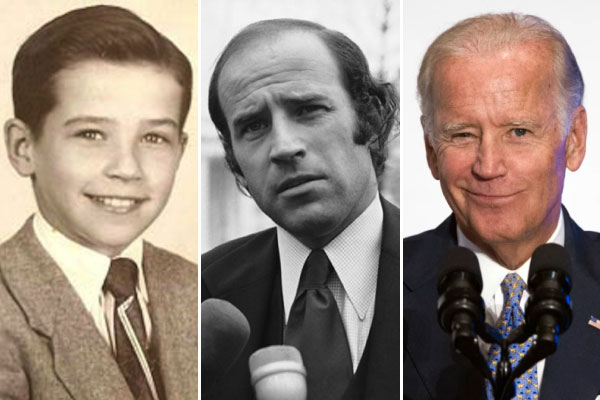 Jo Biden’s political career has been a roller coaster ride right from its inception to its ultimate culmination into the coveted presidential win. His political life has been full of successes and setbacks. Unimaginable personal tragedies followed victories, and self-inflicted lesions crippled budding campaigns. Still, Biden survived around 36 years in Senate, served under the Obama administration for eight years, and finally became the ultimate political wing man and the country’s unofficial chief consoler.

His third run for the White House turned out to be a dream that came true or rather his career’s most crucial turning point. He managed to pull off one of American political history’s most improbable comebacks ever. Now that he has been inaugurated as the oldest person at 78 years old, to be the 46th president of the United States, it becomes essential to get to know him a bit more closely. Here’s a quick overview of the little-known facts about Joseph Robinette Biden Jr.’s personal life and career so far.

He Had A Shaky Childhood

Joseph ‘Joe’ Biden Jr. is the eldest of four children born to Catherine Eugenia ‘Jean’ Finnegan and Joseph Sr. born on November 20, 1942 he spent most of his childhood in Scranton, Pennsylvania. However, his childhood wasn’t anything like a fairy tale because his father struggled to find a good and steady job. Moreover, he suffered a series of setbacks in his family business, which further affected Biden’s early days in Pennsylvania. At the age of ten, Joe’s family moved to Wilmington, Delaware, as his father sold Chevrolet cars at the local dealership. The Biden family lived in a three-bed, one-and-a-half-bath tract house. All three Biden boys had to share one bath bedroom with Edward Blewitt Finnegan, their uncle, whom they had nicknamed Boo Boo because he stuttered. The four of them had to pile into two sets of bunk beds to accommodate them in the tiny bedroom.

Believe it or not, the ever-so-eloquent Joe Biden had a debilitating stutter as a child. His schoolmates mockingly referred to him as Dash. They linked his staccato to Morse Code and Bye Bye for his attempt to pronounce his last name. Biden tried to avoid stuttering at his best ability. He used to play out conversations in his head in advance, practiced speech management while holding pebbles in his mouth, and even memorized paragraphs from his textbooks whenever he had to read them aloud in the class. This shows the immensely high level of perseverance, dedication, and self-awareness Biden had from a young age.

Joe Biden met Neilia Hunter during his junior year of college when he was on spring break in the Bahamas. He got smitten by her almost immediately. On their second date, Biden didn’t even have enough money to pay the restaurant bill. So, Neilia had to slip him a $20 note from under the table. Interestingly, when he met Neilia’s mother for the first time, she asked Biden what he wanted to do for a living. Biden told her that he intended to become the president of America.

Joe Biden and Neilia Hunter tied the know in 1966. In 1969, their son Beau was born, and after one year and one day, the couple had their second son Hunter. In an interview taken in 1970, Biden said that he was desperate to have a girl, but he didn’t want to keep trying for a little girl year after year as he didn’t want Neilia to go through it all repeatedly.

“I’m not a ‘keep ’em barefoot and pregnant’ man. But I am all for keeping them pregnant until I have a little girl. The only good thing in the world is kids.”

The very next year, his wish came true as their daughter Naomi was born. Biden loved his wife a lot. He often surprised her with unexpected gifts. In 1967, when Biden studied law at Syracuse University, he gifted Neilia a puppy named Senator. He is a very emotionally charged person and cherished his family. Even years later, he kept the wedding gift from his father close to him. It was a 1967 Corvette Stingray.

Biden Has Faced Many Devastating Tragedies

Biden lost his mother when she was 92, and his father died at the age of 86. But the biggest tragedy of his life occurred only a few weeks after he won the Senate seat. Until now, he was enjoying blissful family life with his wife and three children. One fateful day, his wife and children were driving home in their station wagon after Christmas shopping suddenly, a tractor-trailer carrying corncobs struck them.

Six weeks after my election, my whole world was altered forever. While I was in Washington hiring staff, I got a phone call. My wife and three children were Christmas shopping, a tractor-trailer broadsided them and killed my wife and killed my daughter. And they weren’t sure that my sons would live. Many people have gone through things like that. But because I had the incredible good fortune of an extended family, grounded in love and loyalty, imbued with a sense of obligation imparted to each of us, I not only got help. But by focusing on my sons, I found my redemption.

Lost of Wife and Daughter

Perhaps the worst Christmas Joe, Beau and Hunter Biden ever had was that in 1972. Tragedy struck when Joe’s wife Neilia and their one-year-old daughter Naomi were killed in a car crash as they were Christmas shopping in Delaware.

The accident was so devastating that Biden’s wife Neilia and their thirteen-month-old daughter Naomi died on the spot. His two sons Beau and Hunter were severely injured and were rushed to the hospital. Biden was sworn into the Senate in the hospital room where his son Beau was admitted. Another big blow for Biden was the death of his oldest son Beau, who died of brain cancer in 2015.