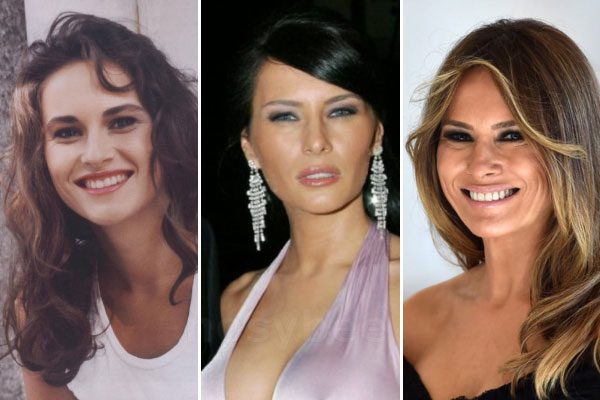 What do we know about the United States’ First Lady? Melania Trump is among the quietest and enigmatic First Ladies we’ve ever seen in the White House in recent years. We obviously know a lot about her husband, Donald Trump, all thanks to his erratic tweets, but what about his wife? The media have watched Melania Trump since her husband’s inauguration in 2016 since she is married to one of the most controversial American presidents. Given Donald Trump’s unconventional approach to the presidency (to put it politely), it’s only natural that Mrs. Trump would give the first lady designation a whole new definition.

Unlike previous first ladies, FLOTUS Trump does not aim to use the influence of her position as First Lady for any particular purpose. In reality, she has no political objective at all, making her nothing more than a First Lady showpiece, and her indifference in American politics merits its own heading. Mrs. Trump has wholly disrupted the First Lady model by shunning political press coverage and publicly despising her husband’s presidential campaign. But it’s not the only thing that sets her apart from the other FLOTUSES we’ve met so far. As a result, we combed the internet for some intriguing and distinctive facts about Melania Trump that you might find interesting.

Melania Trump is not originally an American citizen. She was born in a small town of Yugoslavia (now Slovenia) called Sevnica, about a one-hour drive from the Slovenian capital, Ljubljana. Amalija and Viktor Knavs had two children, both daughters, and Melania is the younger one. The town of Sevnica had only 5,000 residents, so during her early childhood, Melania’s exposure to the outside world was pretty restricted. At the time, Slovenia was called Yugoslavia, and the country was ruled by the Communist president Josip Tito.

Melania wasn’t born into a wealthy family. Her father was a cab driver and a traveling salesman. Her mother worked at a children’s clothing factory in Raka as a pattern-maker. Later on, Viktor joined the Communist Party in Sevnica primarily because he wanted to upgrade his lifestyle and make connections. He worked as the chauffeur for a nearby town’s mayor and a traveling salesman for a state-owned automaker. This strategy did pay him off as their family became financially stable.

Melania Trump was born Melania Knavs. She has one sister, Ines Knavs. Born Melanija and Ines Knavs. They are the only two daughters of Amalija Ulčnik and Viktor Knavs. Ines was the maid of honor at her sister’s wedding with Donald Trump back in 2005. While Melania and her sister were young children, the Knavses lived in a tiny, 2-bedroom apartment. According to GQ magazine, they still own this house and visit it at least twice or thrice a year.

The now 52-year-old creative artist lives in a Trump-owned flat in a building located on the Upper East Side. That’s the same building where Trump’s daughter Ivanka and her husband Jared Kushner lived before moving into their new mansion in Washington. Trump Tower is located only a couple of blocks away from this building. That’s where the former FLOTUS and her only child Barron Trump lived in a three-story penthouse. The family acquired US citizenship in 2018.

It is reported that the siblings share a close bond. Audrey Gruss, Palm Beach philanthropist, told the New York Post that she met Ines at Melania and Trump’s wedding at Mar-a-Lago in 2005. Gruss says she found Ines as an extraordinarily creative and a lovely person. That perfectly describes her as the ex-FLOTUS’s sister is an artist and Melania often tweets her illustrations.

“She really wanted to be in fashion but didn’t know how to break into it. Ines wasn’t like the other girls you would meet there, who behave like queens. She was really polite and very mellow.”

Melania Has a Half Brother

It is, although not widely reported. The fact is that Melania has a half-brother. So far, the former first lady of the USA has maintained that the news is fake. However, the news broke worldwide after GQ’s bombshell investigative report. The news outlet reported that Denis Cigelnjak, 52, is Melania’s father’s son who works at a supermarket in Slovenia. The report claimed that Denis longed to meet his father and sisters. Reportedly, Denis and Melania both share the same surname. Here’s the whole story as reported by GQ’s Julie Ioffe.

“Like Donald Trump, Viktor Knavs is not just a hard-charging businessman with a penchant for real estate; he is also viciously litigious when it comes to the women in his life. Back when Viktor was a driver, before he married Melania’s mother, he met a young woman in town named Marija Cigelnjak. They dated for a while, and in September 1964, she told Viktor she was pregnant.” However, Viktor continually denied paternity, so Marija had to file a lawsuit. According to her testimony, Viktor did propose to her, but he changed his mind quickly and asked her to have an abortion because he had doubts over the child being his own. in May 1965, Denis was born, and 3 months later, Marija filed the lawsuit for child support.“Viktor continued to deny paternity—prompting the court to order a blood test. Based on its results, the court determined that Viktor was, in fact, the boy’s biological father,” Ioffe continued.

In the 1970s, when Melania was a young child, she had a great fashion sense even then. Reportedly, Melania used to wear stylish clothes and did a catwalk at her mother’s clothing shop. She was always interested in modeling and stylish clothing. In fact, Melania used to knit sweaters for herself too. It doesn’t come as a surprise because she was born to a talented and skilled mother who worked as a children’s clothing designer. Melania told People back in 2016 that she always admired her mother’s designs.

“I always loved fashion. My mother was a fashion designer, so it was always in my blood,” Melania added. Melania studied architecture at the University of Ljubljana. However, after about one year, she dropped out of college to pursue a career as a full-time model. It was during the 90s early when both Melania and Ines moved to Milan, Italy, where Melania started working as a fashion model while Ines got into fashion designing. While giving an interview to the New York Post, a Parisian photographer Ale de Basseville revealed that Ines initially struggled to get work