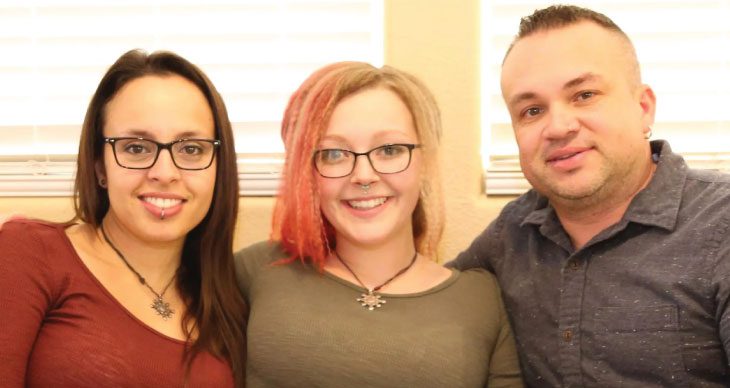 Divorces are getting a bit too common globally, particularly in the United States. Around half of all marriages in this country end in permanent separation or divorce. Lack of respect for commitment is found to be one of the leading factors as to why couples are drifting apart so frequently.

There’s no doubt that divorce has remained a part of American society for a long time, but it has become more common during the past fifty years. The highest divorce rate in the country was recorded in the 1970 through the 80s, but the rate slightly dropped in the 90s. Nevertheless, it remains a cause of concern for society. But today, we will share the story of a unique couple who decided to file for divorce despite being madly in love, and both felt happy about it. Generally, we have seen couples parting ways with a lot of baggage and grudges, but this couple is different. Want to know more about them? Read on, and you’ll find out.

Legal associate Benno Kaiser had it all sorted in his life. He was doing well as an associate lawyer, and he has met a girl he felt completed him. Her name was Cristina, and the two first met in 2005 in Virginia. Both were a part of the military police at that time.

They courted for around four months and then decided to tie the knot. Benno couldn’t be happier as Isiah, their now 11-year-old baby boy, joined them just one year later. The couple then went on to have two more children, Rebecca and Brianna. Their adorable daughters and son made their life no less than perfect. Everything was going right, at least that’s what Cristina and Benno thought. But, as they say, you may never know what the future has in store. The couple was perhaps unaware of what would happen in the years to come.

Have you ever wondered what pushes a couple to file for a divorce or think about separation? Is it limited income? Marrying at a young age? Religious affiliations? Feeling insecure? Or just not getting along? Research reveals that a divorce is often a result of many of these issues. But, in Benno and Cristina’s case, none of these was found to be the defining factor.

Cristina and Benno’s life was blissful. They were the picture-perfect American family anyone would imagine. However, soon, trouble hit their paradise as Cristina started feeling uncomfortable with Benno. She was a bisexual and felt that something was lacking in her love life. She wanted to be with a girlfriend. But, at the same time, she wanted to be with Benno. Cristina loved him and didn’t want to do anything that would affect her beautiful family, especially her kids.

Since Cristina was confused over what she should do about her growing feelings to be close to a girl, she decided to hatch a plan. She was adamant about fulfilling her desire, so she planned a way to introduce her husband to another female to have a relationship.

But, to do this, she had to consult her husband first, and Cristina had no idea how Benno would react. So, she went to Benno and shared the proposal of opening up their marriage to new partners. He hesitated initially, but Cristina convinced him. So, now, Benno was on board, and Cristina needed to find the right female companion for them.

Searching for a Soulmate!

Cristina, by profession, was a legal assistant, just like Benno, and knew what she was getting into very well. Finding a girlfriend may also jeopardize her own relationship with Benno, but she was willing to take the risk. After all, she had to do something to feel at peace from within, which she wasn’t feeling at the moment.

According to marriage therapist and researcher Dr Scott Stanley, commitment is the core foundation of a marriage.

“Having a long-term view of the marriage that helps us not get overwhelmed by the problems and challenges we experience day today.” Dr Scott says that personal dedication entails having a genuine desire to be together with your spouse in the future and share an identity as a couple. So could it be that Cristina lacked commitment because she was ready to give up on everything she had with Benno?

Turning a Dream into Reality

Cristina told Barcroft TV in 2017 that she proposed the idea of opening their marriage to new possibilities.

“Initially, it was my idea to open the marriage. I brought it to Benno’s attention and told him I would like to introduce women to our relationship to see where it goes.”

So, to turn her dream into a reality, Benno and Cristina opened the doors for new people in their romantic lives. It was a risky and somewhat controversial thing to do, but they weren’t afraid of scandalizing their marriage. Rather they wanted to see what lies ahead for them as a couple. It turned out that this wasn’t as easy as they thought.