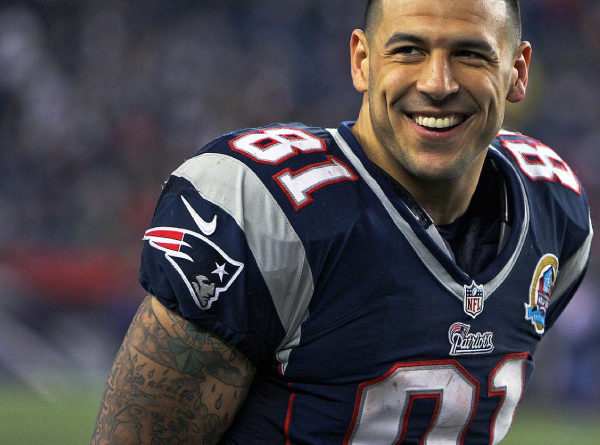 Almost all of us have this image of glamorous lives of celebrities, and often we find ourselves fantasizing about the lives and stardom of these people in the limelight. But it’s not always rainbows and butterflies; sometimes they have to pay huge costs of all the stardom, as big as their lives.

Several Hollywood celebrities have reported being dead in mysterious circumstances and what is more surprising is that all of them were only 27 years old at the time of death. The concept first started in the 1960s-1970s when more celebrities, specifically singers and musicians, started dying at 27. In short, those celebrities who died at the 27 become a part of the mysterious 27 clubs. We have compiled a list of these celebrities who passed away at the young age of 27 and ultimately became a part of the club. Let’s see who we have on the list.

James Douglas Morrison was an iconic American singer, poet and famous songwriter. He was best known for being the lead vocalist of the 1970s rock band The Doors. Morrison had a wild personality. All his songs that he performed on and wrote had distinctly poetic lyrics that most people liked. Morrison’s live performances were highly unpredictable and erratic, which often left the fans in a state of surprise.

During the peak time of his career, Jim Morrison developed an alcohol addiction that affected his on-stage performances and affected his overall career. In 1971 when the singer was at the peak of popularity and stardom, he mysteriously passed away in a hotel room in Paris. He died when he was only 27 and was one of the first members of the 27 club. Since no autopsy was ever performed, the exact reason for his death remains unknown to date.

You cannot speak of the death of young celebrities without mentioning the ever so loved and admired Kurt Cobain. He is undoubtedly one of the singers we wish never left. Kurt Cobain was a man gifted with so many talents. He was a fantastic singer, songwriter, artist, and musician. He is most popular for being the frontman of the famous rock band Nirvana. He was an excellent guitarist and the band’s primary songwriter. Owing to their contributions to rock music, he is known as one of the most influential musicians of Generation X.

A little before his death, Kurt Cobain developed an addiction to heroin. One of the lesser-known reasons for his addiction is his struggles with depression. IN 1994 when Kurt Cobain was only 27 years old, he was found dead at his home in Seattle. The reason of his death was identified to be a self-inflicted gunshot right in his forehead.

Most of us remember this one so clearly, an iconic female in music history. Amy Winehouse was a super talented British singer and songwriter. She is best known for her deep and highly expressive vocals. Her music genre was jazz, blues and rhythm. She was born in 1983 in England to Jewish parents. Music ran in Amy’s family. Most of the family on her maternal side was professional jazz musicians. Her paternal grandmother was also a well known British singer.

Amy Winehouse first stepped into the music industry when she was 16. Her solo and probably best albums were her debut album, Frank, with the most heart touching and popular song ” stronger than me”. Like other members of the 27 club, Amy struggled with alcohol addiction. In July 2011, Amy Winehouse tragically and unexpectedly died due to an alcohol overdose, leaving her fans and family grieving.

James Marshall Hendrix was a famous and well-admired musician, singer and songwriter of his time. However, his career and fame were only short-lived. The mainstream career of Jimi Hendrix lasted for only four short years. But as they say, time hardly matters. The musician left quite a mark and is regarded as one of history’s most influential guitarists. He is also one of the most celebrated musicians of the 20th Century, and years after his death, his movie still leaves us in awe.

During the last few years before his death, Jimi Hendrix was suffering from drug addiction issues. Several times the singer was charged with illegal possession of drugs. In September 1970, Hendrix was found unconscious and unresponsive in Monika Dannemann Apartment in London. He was rushed to the hospital, but the singer was pronounced dead a day later. Astonishingly he was also 27 years old at the time of his death.

Janis Joplin was born in 1943. She was of well known for her powerful blues-inspired vocals that mesmerized the audience and listeners every time. She was undeniably the most noted and admired rock star of her era.

Another innovation that Janis Joplin introduced in music was her psychedelic rock style. She developed a strong passion for music from an early age, but she joined the Big Brother and Holding Company in 1966 when her career took off. Shortly afterwards, in 1968, she released an album called ” Cheap Thrills, ” a huge hit. The singer had problems with heroin addiction, and in 1970, shortly after the singer had just turned 27, she passed away from a drug overdose.