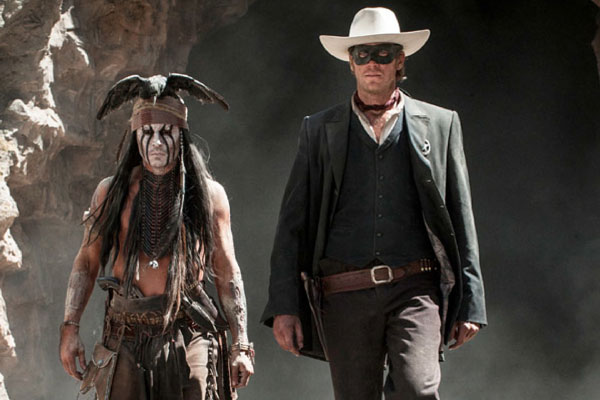 For the viewers like us, sitting in a cinema watching a movie flop going down the rabbit hole with every passing second feels miserable. We think that those two hours of our life are wasted, and time spent that we will never get back—not to mention, the bucks we spent on that movie (well, the bucks spent on the food maybe an exception). But for the producers, it is miserable. After all, those millions and millions of dollars and years of efforts went in vain. One may be curious enough to have a look at the balance sheets of these flops as to see how many dollars of those producers and production firms were wasted. With that curiosity in mind, you are at the right place.

For a movie just to break even, the total gross revenue in the United States and worldwide needs to be three times the budget… and that this again, just to breakeven because we need to account for the 2nd largest budget other than production cost, and that is the marketing budget. So here is the list of the biggest box office flops ever; the list includes the biggest cinema flops ever filmed! So let us start reading why these movies did so bad! PS: The losses are estimated, and adjusted for inflation in US dollars.

The Lone Ranger television was a classic amongst little boys who wanted to grow up an be a cowboy and fight the bad guys. The 2013 movie was a huge disappointment with United States audience, pulling in only $89 million and cumulatively worldwide 260 million. With Johnny Depp, perhaps the most over-rated and overpaid actor in Hollywood for a couple decades and Armie Hammer, who is only getting big Hollywood roles because of his last name… these two just didn’t cut it.

This movie was a huge flop costing the studios approximately $300 million with the critics over at Rotten Tomatoes giving it a 30% score. Let us not mention the culturally appropriation of Johnny Depp’s character as Tonto… but then again, this was back in 2013 before everyone got offended over an “actor” acting in a role that was not of his ethnicity.

Perhaps considered one of the biggest movie fails ever, Disney’s science fiction story telling of John Carter was one big lost considering it was one of the most expensive movie ever made at the time of filming this movie. The estimated budget for this movie was $263 million… and the movie took in a measly $73 million in the United States and less than the total budget worldwide with only $284 million. Take into consideration marketing expenses, Disney lost a good $200 million on this flop.

Disney was hoping to create a massive money making franchise with John Carter but the science fiction story fell short of originality. Rotten Tomatoes gave this poor excuse of a sci-fi movie a generous 52% (critics) and MetaCritic gave it a score of 51.The writers of this movie was not unique or original… perhaps that’s why Disney Corporation paid off George Lucas $4 billion for the Star Wars franchise in 2012.

Produced jointly by Warner Brothers and Legendary production, and directed by the much-celebrated BryanSinger, the movie is about Jack and his adventures (and life)—a character that is well-established in English folk literature.

Even after nearly eight years of writing and putting in efforts for the script of the movie, it turned out to be a huge flop. With the inclusion of two heavyweights in the production, the budget peeked around USD $185-205 million. Yet, they had to face a loss of nearly USD $90-112mn even though worldwide, the movie gross $197 million. With a Rotten Tomatoes critics giving it a 52% score, one has to wonder if they should have continued to work on the script before the studios greenlighted this production with such a huge budget.

Another Disney studios flop that took its name too seriously, as critics view it. Tomorrowland, directed by Brad Bird and starring George Clooney, is a Sci-Fi that goes beyond saving the world to saving another new world—a “Fantasyland” as critics would have it. To put it more simply, it seemed like a low-budget blend of Avengers and Avatars and Star Wars. Fated to flop! In fact it was the biggest flop bombs of 2015.

First on the list of the biggest Box Office Flops: The Wolfman. The terribly fateful movie was a remake of the original movie that was made in 1941. Reading the name of it may lead one to think that the movie is about a man turning into a monstrous wolf on a night of a full moon and all that. It is somewhat similar to that speculation. However, because of the lackluster attention to detail and not adapting to the psychology of the viewers, the film turned out to be a flop. The Result? A loss of 76-80 million.