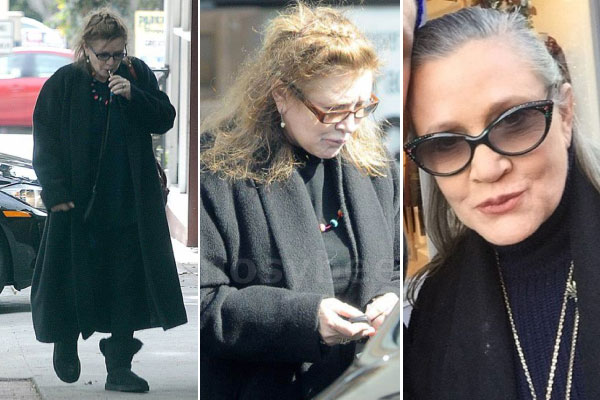 We all know whenever any incident occurs, especially a tragic one, there is immense media frenzy surrounding the event. Photographs are a crucial part of the process. Those clips and clicks that we usually see in the news or are widely circulated on the web don’t necessarily reflect the true picture. We never get an insight into what transpired in that event or the background that led to it occurring. Generally, the moments that led to that tragedy or mishap captured by the lens prevent us from understanding the all-important details we must know to get the complete picture. They show us what could cause tragedies to occur.

Such as if we get to know that a celebrity died in a car accident, that’s not something out of the ordinary. But, when we get the background information that the incident occurred because the individual was driving under the influence, we will always remain careful when driving. Such information can offer lifelong lessons to many of us, which makes getting the background information so essential to all. Our innate curiosity is another reason why we want to know more about a famous event. We are always curious to know more about what caused someone to die or get injured with tragedies. That’s the idea behind capturing the photos of an incident. These make the event more impactful. So are you ready to check out some of the celebrity photos taken right before a tragedy occurred? Let’s get rolling.

These photos were taken just minutes before the fatal accident on August 5th that severely burned Anne Heche’s body and eventually put her in a coma. She was driving at the speed of 90 miles per hour down a 35-mph residential street in a Los Angeles neighborhood and crashed into a home. The photo on the upper left was taken at a Venice Beach wig shop after she had purchased a red wig just 20 minutes before she got into her blue 4-door Mini Cooper. The photo on the right was taken by a residential security camera just seconds before Anne crashed into a home in Mar Vista, engulfing her car and setting the house inflames. The resident and her dogs were just 2 feet away and escaped unharmed. The center-left photo was taken of her car and the structure after 56 fire fighters put out the flames. The bottom-left photo was taken when Anne Heche sat up and removed the white cloth the EMT wrapped her in while on the stretcher.

Just one week later, on August 12, 2022, Anne Heche was declared brain dead but was kept alive in hopes of finding an organ recipient as it was her wish to be an organ donor. On August 14th, she was taken off live support as a viable organ recipient was found. Anne Heche was 53 years old. It was reported that she had cocaine in her system at the time of her death. She leaves behind 2 children, 13-year-old Atlas and 20-year-old Homer.

This was the last known photo taken of Bob Saget before he died on January 9, 2022.This photo was taken with a fan at the Ritz Carlton, Grand Lakes just south of Orlando, Florida where Bob Saget was staying on the same night that he reportedly hit his head in his hotel room and ultimately died in his sleep. A month later the autopsy report revealed that he died from blunt head trauma as a result of a fall. Bob Saget was 65 years old.

His family filed and was granted a permanent injunction on the investigation reports and any material relating to his autopsy. Bob Saget at the time of his death was COVID-19 positive. He was in Florida on his tour performing his stand-up comedy act. With his death, he left behind three children and his second wife, Kelly Rizzo whom he married in 2018.

If you go at face value, this photograph may not appear extraordinary to you. But when you learn about the backstory, it will make it to your list of the all-time unforgettable photographs. This picture was taken only four hours before a tragedy struck Lennon. The former The Beatles member can be seen signing autographs and is surrounded by has fans right outside his apartment in New York’s plushest locality, Manhattan. This particular building called The Dakota was one of the most exclusive residential units in the area back in the 80s. On December 8,1980, John Lennon is seen signing the album for Chapman. After signing, John asked Chapman, “Is this all you want?” He nodded with a smile. Little did John know at that time that this wasn’t what Chapman wanted from him.

Then John left his residence to have dinner. When he returned home with his wife Yoko, Ono, Lennon got shot twice in the back and again twice on the shoulder. The shooter was none other than his super fan, Mark David Chapman. Isn’t this utterly tragic that the person John Lennon was happily signing an autograph for a couple of hours ago was responsible for his death? So, in this frame, you can see both the murderer and the victim together. Now, do you get the point of knowing the true story behind such photos? The killing didn’t impact Mark Chapman as he stayed on the crime scene with John Lennon until the cops arrived to arrest him.

In his new biography titled Robin, Dave Itzkoff wrote in detail about the months that preceded Robin Williams’ death. He explained that he was facing daunting challenges in his life from both professional and personal aspects. His film career has reached a standstill, and The Crazy Ones, his comeback sitcom, failed to attract the audience on CBS. Moreover, he was still harboring guilt after getting divorced from his 2nd wife Marsha Graces and was struggling to adjust to life with his new wife, Susan Schneider. He had gotten married to Susan in 2011. And that’s not all. Williams was also coping with a tumultuous diagnosis. In 2014, Robin was told that he had Parkinson’s disease, which stunned the once-nimble comedian.

However, after his death, it was revealed that he might be misdiagnosed and was actually suffering from Lewy body dementia, which further adds to the tragic element since Williams was devastated after learning about his deteriorating mental health. It is an incurable brain disorder that puts an individual at risk of suicide. This photo isn’t a normal one because it encloses Williams’ tragic fate. This photo was taken on the last Saturday of his life. The disease he was suffering from led to severe paranoia a few days before his death. Due to this ailment, Williams’ committed suicide at his San Francisco residence at the age of 63 by hanging himself.

The last known picture of Carrie Fisher was actually a selfie that a fan took in London just one day before she was to board her flight to Los Angeles. At the time of her demise, Fisher was 60 years old. She passed away four days after suffering a cardiac arrest while flying to Los Angeles from London on Friday, 23 December. Carrie had a heart attack on that flight and was transported to a hospital at UCLA Medical Center, Los Angeles. She breathed her last on 27 December 2016. When she went into cardiac arrest, paramedics quickly took her off the flight and rushed her to the hospital. She received treatment for a stroke but couldn’t survive.

After her death was confirmed, a statement was released by her family’s spokesperson, Simon Halls, that read:“It is with a very deep sadness that Billie Lourd confirms that her beloved mother Carrie Fisher passed away at 8:55 this morning.” “She was loved by the world, and she will be missed profoundly. Our entire family thanks you for your thoughts and prayers,” Billie Lourd stated. Fisher is known for her role as Princess Leia Organa in the movie Star Wars. She openly discussed that she had bipolar disorder was indulged in drug abuse. She was addicted to prescription drugs and cocaine, and that’s why her heart finally gave up. Traces of opiates, MDMA, and heroin were found in her blood samples after her death.