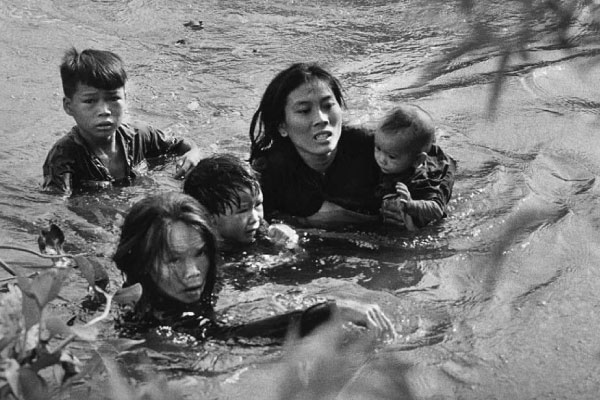 Photographs present a sneak-peek into history for forthcoming generations. You can call them provocative glimpses into the lives of people and eras that have gone by. The fact that many of us cannot ignore is that every photo has a story to tell. All we need to do is dig deep and explore it because the background stories of some pathbreaking photographs can reveal a lot than we can realize by mere looking at the photo. There’s a reason that some photographs have won Pulitzer Prizes. Some photographs garnered international attention and acclaim for their ability to highlight critical historical events, encapsulate visceral reactions, and make us notice unrealized truths.

Every year, we honor Pulitzer Prize-winning photographs mainly due to their intensity, raw emotion, and incredible capacity to provide us an insight into the society of the era they represent. Their backstories add multiple layers of insight into the moment that inspired that image. We guarantee that this review of a few of such remarkable, prize-winning photographs will transport you to that particular time when that event occurred and send you on an emotional roller coaster from grief and remorse to jubilation and inspiration.

Firing Squad in Iran was initially credited to an unidentified photographer. It was the first and only picture that received a Pulitzer Prize without having the name of its contributor. The photograph shows 11 Kurdish males getting shot at an airfield in Sanandaj, Kurdistan, as they were considered “counter-revolutionaries.” All the men underwent a speedy trial and were later executed by Ayatollah Khomeini’s supporters. In 1979, the Shah of Iran was overthrown by Khomeini, and he installed a theocracy after coming to power. Khomeini was an anti-western and traditionalist leader. He converted Iran into a repressive and repressive regime. International media was forbidden from staying in Iran. When this photo was published in Ettela’at, an Iranian newspaper, the name of its photographer was deliberately not announced for safety purposes. Government authorities forced the newspaper to provide the name of the photographer, but the publication refused. When the United Press International distributed this photo, it also didn’t reveal the contributor’s name. While awarding this photo the Pulitzer Prize, the jurors said it was “probably the single most important photograph of 1979. It is not only a picture of enduring and memorable quality but also has the power to shape the viewer’s feeling about a compelling international crisis.”

However, decades later, in 2016, the name of the person who took this award-winning photo was revealed, with his consent. It was Jahangir Ramzi from Tehran. At the time this photo was captured, Ramzi worked for Ettela’at. Wall Street Journal’s Josh Prager ultimately tracked him down. All these years, Ramzi had kept the evidence of his associated with the photo secretly hidden in his home as he feared reprisal. After his name came to light, the Pulitzer Prize Board held a ceremony to honor his contribution. While receiving the award for spot photography, Ramzi met the sister of one of the executed males. Recalling this emotional meeting, the sister said that she couldn’t control herself and met the person who was the last individual to see her brother moments before his death.

photographer J. Ross Baughman was covering the Rhodesian Bush Warn for the Associated Press in 1977. Baughman took a series of controversial photos on this assignment, which earned him the prestigious Pulitzer Prize for feature photography in 1978. Rhodesia is now known as Zimbabwe. Reportedly, Baughman went to Rhodesia with the forces deployed by the White government, as they desperately wanted to weed out the anti-government guerillas. Recalling that time, Baughman revealed that “they forced all the men in one village to line up in push-up stance on the ground… for 45 minutes.”

He noted that they regularly carried out beatings and executions to threaten the villagers so that they give up guerillas but to no avail. Although the Rhodesian government had confiscated a large chunk of Baughman’s film, he somehow managed to save three rolls. When they were published, the authenticity of his work and his overall role in the incident he had captured was criticized. However, he stood by his work and could convince the Pulitzer Prize Board to look at these pictures from another perspective. They later claimed that the photos depicted “one part of a nasty war – the plight of Black prisoners captured by the Rhodesian Army.”  Baughman was just 23-yeard-old when he received the Pulitzer Prize for feature photography. He became the youngest individual ever to receive the Pulitzer.

“I have several copies of the photo, but I don’t display it in the house… I was very pleased to see my children – I loved them all and still do, and I know they had a difficult time – but there was a lot to deal with… In some ways, it’s hypocritical, because my former wife had abandoned the marriage within a year or so…”

Lt. Col. Robert L. Stirm’s reunion with his family was immortalized by photographer Slava ‘Sal’ Vedder, who took this photo in March 1973. Col. Stirm was an Air Force fighter pilot. He was taken down over North Vietnam in 1967 and imprisoned. The moment the former POW set foot on Travis Air Force Base, California, his daughter Lorrie ran to embrace him, followed by her three siblings, Roger, Robert Jr., and Cynthia, and their mother, Loretta.   This image became a symbol of healing and hope in the aftermath of a war that the U.S. had lost. In 1974, Burst of Joy was awarded the Pulitzer Prize in the feature photography category. This photo also has a disturbing backstory, apart from the fact that Stirm was a prisoner of war (POW). Several days before arriving in the United States, Stirm had received a letter from Loretta indicating that their marriage wasn’t working. The couple tried to reconcile but divorced after a few months. Sometime later, Stirm opened up and shared his feelings about this photo.

It was the April of 1969 when a group of students, who were the members of the Afro-American Society, took over Willard Straight Hall on Cornell University in Ithaca, New York, campus. The students were protesting against inequality and prejudice that had become a norm at Cornell back then. They demanded a separate college for black students.

Steve Starr took this photograph soon after he arrived on the scene. He was taken aback after seeing a student present inside the campus building holding a rifle. Starr spent the next 34 hours trying to cover the story while the university’s P.R. team tried their best to keep the media people at bay.  After a thrilling 36-hour standoff, the armed students left the building, and Starr took this Pulitzer Prize-winning photograph. Despite that the students were armed, the protest was a peaceful one. However, what the jurors at the Pulitzer Prize board praised the most was the fact that this photo “marked one of the main turning points in a year of campus turmoil… The picture had a major impact on later events because it was the first time that campus protesters were openly armed.” Starr won the spot-breaking news category Pulitzer Prize for this photo

The strength of the woman, the comforting of the child, and her dignity in the face of deep, personal grief. Although the picture was taken by a magazine photographer… [Sleet] was acting as part of a press pool and his picture was widely distributed and printed in many American newspapers.

Martin Luther King Jr. was assassinated in April 1968, and two funerals were held for him in Atlanta, Georgia. This picture is from a private service at Ebenezer Baptist Church and was taken by photographer Moneta Sleet Jr. She took a series of photographs at the funeral service for Ebony Magazine. Still, this one, in particular, caught the attention of the Pulitzer Prize jury. It received the prize in the feature photography category in 1969. It is undoubtedly an emotionally stirring photo that captures the sadness and helplessness of King’s widow Coretta Scott King. She’s holding her young daughter, Bernice, and her expressions say it all. This photo is special because it was rare when the Pulitzer Prize Board awarded the prize for magazine content. This category was officially opened in 2016.