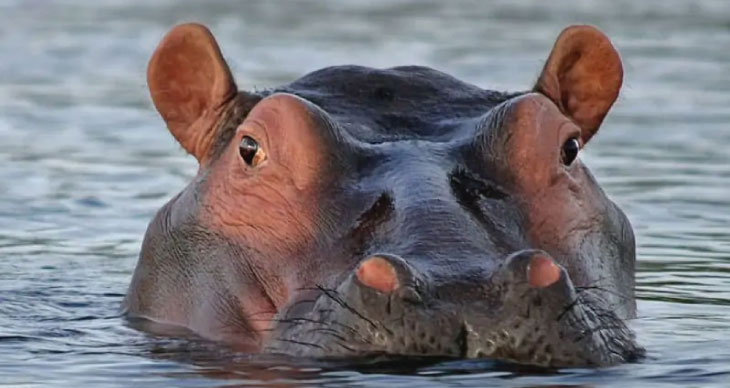 This world is full of mysteries and unexplainable phenomena. Such as the Bermuda Triangle is a mystery that no one has ever been able to solve. So many things in this world need constant research and deliberation. We have no idea how many animal species exist with an astoundingly high number of animals in the world.

Researchers are yet to examine hordes of different species and determine which of them could be dangerous for humans. Sometimes, even the most beautiful and harmless-looking animal can suck the life out of a living, breathing human, and sometimes an ugly-looking creature may not cause any harm. Such is the nature of animal species. They are simply unpredictable. So, today we decided to introduce to you some of the world’s most dangerous or life-threatening animals.

The worst thing is that some creatures do not even appear as an animal and look like some object. This makes detecting them challenging for humans. Many people have fallen prey to this caterpillar you see in the photo. Don’t you think it looks as if someone has dropped their wig? But as they say, looks can be deceptive, and the same is true here. This hairy mass you see is a puss caterpillar.

Please don’t try to touch it because it will sting you immediately, without giving you any chance of fighting back or defending yourself. Those who got stung by this caterpillar claim that it causes excruciating pain. In case you accidentally got stung by this creature, wash the area properly with soap and avoid spreading the poison by pressing it. Immediately cover the affected area in ice to alleviate pain. However, if the pain persists for longer than 30 minutes, see a doctor without wasting time.

Deathstalker is one of the deadliest and most deceptive species of scorpions. It is also called Palestine yellow scorpion, Naqab desert scorpion, and Omdurman scorpion. It is so dangerous that, as per researchers, Deathstalker is responsible for around 75% of all attacks from scorpions. Healthy adults are safe as their sting doesn’t affect them drastically. Still, they might feel unbearable pain.

The real trouble is for children as they cannot survive the sting. If they get stung by this scorpion, they get a high fever and go into a coma. They also experience breathing issues as the lungs get filled with fluid. So, don’t be deceived by its looks. It can even consume snakes, provided that it can win the duel. This scorpion is no one’s friend. We recommend that you quickly see a doctor if you get stung.

Echis is a venomous carpet viper usually found in the dry and deserted regions of the Middle East, Africa, Sri Lanka, Pakistan, and India. Also called Carpet Viper, this snake has a unique threat signal. Whenever it feels aggressive, it starts rubbing different parts of its body together, producing a sizzling sound. Consider it a warning that Echis will attack you and start running to save your life.

Do you know what Echis means? It is a Greek word that means Viper in English. However, the carpet viper is more popularly known as the saw-scaled viper or Al-Hareya. This snake species is responsible for the highest number of snakebites-led fatalities globally. It’s the most poisonous of all snakes as it injects toxins into the victim’s bloodstream. The victim doesn’t experience blood clotting but bleeds to death.

The cone snail belongs to the species of highly venomous sea snails. These snails have predatory nature and can sting humans promptly. If you mistakenly touch them, their nasty sting occurs instantly and may even be fatal. The larger the cone, the deadlier this snail would be—generally, cone snails prey on bottom-dwelling, small-sized fishes. The smaller species of cone snail hunt/eat marine worms.

For your information, cone snails have needle-like hypodermic radula teeth, paralyzing their victims with their venom glands, after which the snails engulf the victim. Their tooth resembles a harpoon or a dart. It is barbed, and they can extend it to a reasonable distance from their head to the end of their snout. Cone snail is so deadly that just a drop of its venom is enough to take the victim’s life. And the worst part is that there’s no antidote or cure for their poison. This venom can kill a person in less time than it takes to smoke a cigarette.

This is another crazy case of deceptive looks as this fish looks like a stone, hence, the name stonefish. That’s how it traps and tricks its victims. There’s every chance a person may step on it, considering it to be a stone, and get stung if they step on the limbs. If this happens, the poison will make you lose your leg.

And, believe it or not, it takes less than a second for stonefish to attack a moving thing by opening its mouth and biting the person or animal. Please be very careful when exploring the ocean or marine areas, as you may not even recognize the difference between a rock and this fish. This is the world’s most venomous fish species, and it is usually found in the Indo-Pacific coastal areas.