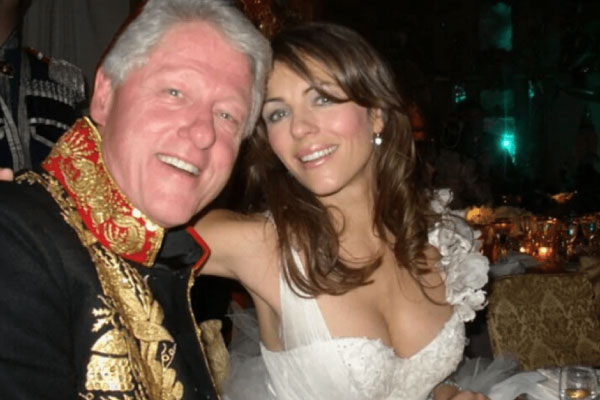 It is not surprising that those in a position of power would want to enjoy all the perks and facilities that come with it. One of these perks is the overall charm that the position holds, making influential people the most desirable personalities across the country and worldwide. Throughout the history of the world, there have been powerful men taking on mistresses. And US presidents are no different. After all, they are the heads of the world’s superpower, so we can understand how desirable this aspect would make their personalities to be.

From upcoming to established starlets, celebrities, and famous people get attracted to powerful people to share their limelight and enhance their reputation. It could be greed, lust, or pure love, we never know, but there have been many presidents in the history of the USA who have had extramarital affairs with famous females. US presidents are known to have better public relations teams to manage all of their fall-outs or at least try their best to hide the affairs. Still, their efforts weren’t as effective many times, and people got to know about what their heads of state were up to. Today we scour through the USA’s history most scandalous presidential affairs.

Monroe features in several movies but wasn’t even involved in such a heated scandal with any of her co-stars, but her affair with late US president John F Kennedy is still the talk of the town, even after so many decades. In fact, her role as JFK’s mistress in Palm Springs, where they both spent the weekend at the vacation house of Bing Crosby in California, is arguably her most famous to date. Reportedly, Monroe said that the night she spent with JFK in March was the only time they were together. People thought that their affair also subsided after that weekend, but that clearly wasn’t the case.

However, the JFK-Monroe affair quickly made headlines. It took the world by storm, and the news remained an issue of debate until both personalities encountered their untimely demise. The evidence surrounding this affair is scant, but at that time, rumors were ripe that JFK it all started when Monroe performed the famous rendition of Happy Birthday at Madison Square Garden in May 1962, days ahead of the then-US President’s 45th birthday. It is also believed that the two were already in a relationship, and the breathy rendition only sealed the deal. According to Monroe’s close friend Ralph Roberts, she informed the first lady, Jackie Kennedy, about their alleged affair, and given the playboy image of JFK, Jackie wasn’t shocked at all. Instead, she said to Marilyn that:” Marilyn, you’ll marry Jack, that’s great . . . and you’ll move into the White House and you’ll assume the responsibilities of the First Lady, and I’ll move out and you’ll have all the problems.”

Rumor has it that JFK’s affair with Judith Campbell started when Frank Sinatra introduced and acquainted the two after his show in Las Vegas. Slowly the pair developed a connection and ended up having a romantic relationship. Reportedly, Exner became the primary communication channel between mobster Sam Giancana and JFK. Later on, Judith recalled that JFK had this fantastic ability to get one engrossed in chatting with him.

“When you talked to Jack (John F. Kennedy), he talked just to you. He was endlessly curious about everything and everybody. He loved gossip. That night he did not want me to leave his side,” she said in an interview. Judith was the first person to admit her affair with the late President openly and spilled the beans over whatever conspired between the two.  “Jack never in a million years thought he was doing anything that would hurt me, but that’s the way he conducted himself; the Kennedys have their own set of rules.” “Jack was reckless, so reckless,“ Exner revealed. Their affair started in 1963 and lasted for two years. Judith later revealed that she had to abort the child that the President had fathered.

“I lay there, annoyed that I was getting fucked by a guy with Yeti pubes and a dick like the mushroom character in Mario Kart … It may have been the least impressive sex I’d ever had, but clearly, he didn’t share that opinion,” Daniels wrote about their time together. Trump’s attorney advised him to try to settle matters with Stormy privately and bury this story. That’s why in October 2016, he paid her $130,000 via Michael Cohen, Trump’s lawyer back then. Cohen remained his attorney from 2006 to 2018 and was later convicted of perjury and fraud. He is now disbarred from working as a lawyer.

Here we are with another one of the steamy, headlines churning affair that Donald Trump had with Karen McDougal. The ex-Playboy model, McDougal, revealed that both of them were engaged in an affair ten years back, while Trump was already married to Melania. Their affair lasted for close to ten months. In 2007, Karen shared that she broke up with Donald because she felt guilty for having an affair with a married man. She also stated that Donald tried to pay her after being intimate with each other, which shocked her as she wasn’t used to being offered money in this way.  One day before the election in 2016, she received a $150,000 installment by the National Enquirer to buy and bury the story.

“After we had been intimate, he tried to pay me, and I actually didn’t know how to take that. I’ve never been offered money like that. I looked at him and said, ‘I’m not that type of girl. And he said, ‘Oh,’ and he said, ‘You’re really special,” she said. “It hurt me that he saw me in that light. There was a real relationship there. There were real feelings. He would call me baby or he would call me beautiful Karen.”

Bill Clinton is another one of the many US presidents who had several extramarital affairs during his tenure. One of the most famous ones being his affair with Paula Jones. Reportedly, they both got involved in an affair, and their first entanglement occurred in a hotel room in Little Rock, Arkansas. Paula met Bill randomly as she wanted to discuss his campaign. Both were having a meeting in the room when suddenly Clinton attempted a pass at her, which surprised Jones, and she later sued the President for sexual harassment. If Bill had taken care of this issue some time back and apologized to her quietly, the matter would not have made such huge chaos eventually.

Paula was expecting an apology when that didn’t happen. She went to court. She even publicly announced that Bill Clinton was responsible for the route this issue had taken. “I felt like all of the American people did not believe me because of the things that were said about me, and said that people would say that it was just for the money, and it wasn’t about the money. It was about what he did to me. And I knew I was telling the truth,” Jones said. Eventually, Clinton paid $850,000 to Paula and her legal team to drop the claim.