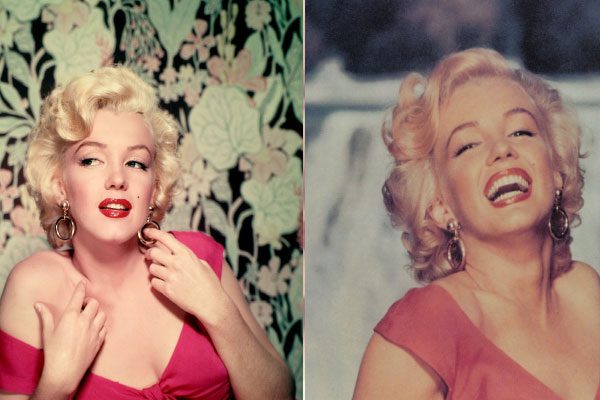 Would you ever believe that someone could remain the most beautiful woman ever to grace the silver screen, even decades after her death? Well, believe it or not, Marilyn Monroe is one such celebrity who continues to rule hearts and make her presence felt in the industry although she is not alive anymore. There’s little doubt that Ms. Monroe is still one of the most beautiful women in the world. Such is her aura and charisma.

But looks aside, there are many such things about a celebrity that the world, particularly their fans, want to find out. The notion that everything about our favorite celebrities’ lives is out there in the public domain is a mere myth. There are many such aspects that stay hidden from the public eye until their departure from the world. So many secrets got revealed after the legendary Norma Jeane, aka Marilyn Monroe, breathed her last. The shocking tidbits keep arriving even to this day. Today, we have gathered the 25 most shocking facts about Marilyn Monroe that most of us still don’t know.

Although the iconic performer, Marilyn Monroe, established herself as the ultimate blonde bombshell, it may surprise you that she wasn’t a natural blonde. She was a natural brunette, and reportedly, she experimented with several different hair dyes to determine her signature look. Eventually, she settled for the platinum blonde color that we all associate with her.

According to several reports, Marilyn was quite concerned about her looks and appearance. Famous for her hourglass figure, the late actress preferred drinking a glass full of raw eggs stirred into milk. This was her favorite breakfast. She used to call herself a “part rabbit,” as she ate at least a ton of raw carrots daily and preferred to cook her own meals.

She was Far From Dumb

It is unfortunate that people often associate the term dumb blonde with Marilyn Monroe, while it is far from reality. There’s no doubt that Ms. Monroe had a troubled life and suffered from mental illness and depression. Some even claim that she was schizophrenic. But this doesn’t mean she was dumb. Sarah Churchwell, American Literature and Public Understanding of the Humanities’ professor at the School of Advanced Studies, University of London, UK, analyzed Marilyn in her book titled The Many Lives of Marilyn Monroe, in which she debunked several myths associated with the century’s biggest bombshell. Churchwell categorically stated that the biggest myth surrounding the late actress is that she was dumb, the second is that she was a fragile lady, and the third is that Marilyn couldn’t act.

“She was far from dumb, although she was not formally educated, and she was very sensitive about that. But she was very smart indeed – and very tough. She had to be both to beat the Hollywood studio system in the 1950s. She was very witty, with an acidic sense of humor. The dumb blonde was a role – she was an actress, for heaven’s sake! Such a good actress that no one now believes she was anything but what she portrayed on screen.”

She got Married at 16

Norma Jeane was born on 1 June 1926. She was the daughter of Charles Stanley Gifford and Gladys Baker, who used to work together and later got married. Norma’s mother was a complicated woman; she had married twice, still, when she gave birth to Norma, she was single. Gladys was in no mood to look after the baby, and therefore, just two weeks after giving birth to Norma, she gave her to her mother, Della Monroe’s neighbors Ida and Wayne Bolender.

From then onwards, Norma found herself caught in the never-ending cycle of foster homes and foster parents. The poor child had a difficult time growing up in strange households. Eventually, she found a way to get some stability in her life when a sailor Jim Dougherty proposed to her. At the time, Norma was 16. Today, it may seem like too early to get married, but considering the situation faced by Norma, it must have appeared as the best way forward. However, this marriage ended a few years later, when Norma became Marilyn Monroe and signed a contract with an acting agency.

When Marilyn Sang for JFK

Marilyn created history by crooning “Happy Birthday” to the then-US President John F. Kennedy on his 44th birthday. The birthday party for the president was held on 19 May 1962. It was a star-studded event held at New York’s Madison Square Garden. It was a high-profile event, the tickets for which had sold for $1,000, which would be equivalent to $8,500 today.

However, more than anything else, what appealed to the audience the most was her sensuous dressing and her impeccable figure. Years later, the dress that she wore at the event was sold for a record-breaking USD1.2 million. The skintight dress was so well-made that it appeared as if it was sewn onto her. The gold rhinestone gown was designed by the Oscar-nominated designer Jean Louis and cost $12,000 at the time. In 2016 Ripley’s Believe It or Not! bought it at an auction for over $5 million, making it the world’s most expensive dress.

Her Bizarre Diet and Hygiene

Marilyn Monroe was the ultimate beauty icon of the twentieth century, but not many know that a lot of hard work was involved in maintaining her youthfulness and health. Reportedly, Marilyn was obsessed with washing her face and hands. She used to was her face fifteen times a day to avoid breakouts. And, it is also reported that she never waxed her face as she believed her peachy fuzz made her look more photogenic.

In Pageant Magazine’s September 1952 edition, Marilyn revealed a lot about her strange diet routine in an article titled “How I Stay in Shape.” In it, she explained that she already knew that her eating habits were pretty bizarre.

“I’ve been told that my eating habits are absolutely bizarre, but I don’t think so. … It’s a good thing, I suppose, that I eat simply during the day, for in recent months, I have developed the habit of stopping off at Will Wright’s ice cream parlor for a hot fudge sundae on my way home from my evening drama classes. I’m sure that I couldn’t allow myself this indulgence were it not that my normal diet is composed almost totally of protein foods.”