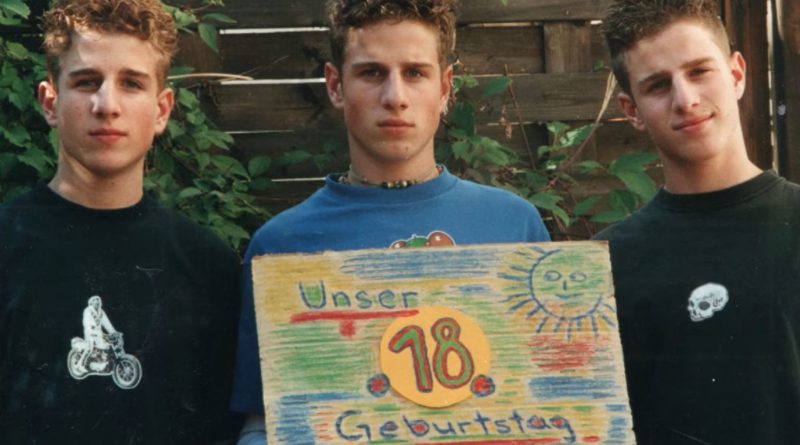 Karin Scholtz, a mother of three triplet boys, first started taking photos of her three boys, Peter, Mark and Dennis, together on their first birthday.

Like many other photo trends, we see over the internet, this mother decided to take the same kind of pictures with the boys together every year on their birthday. Surprisingly it continued for good 33 years. Here is a walk down memory lane with the three brothers, starting right from their first birthday.

Birthdays are memorable events, but this trio has it the best way. We can imagine how hard it must have been for Karin to make three-year-old sit together and pose for a picture, but she did. After their first birthday, this photo series became a part of the annual tradition for the kids. In the first picture, three boys are happily stuffing their birthday cake in the mouth without making much mess; that’s three good boys right there.

The first birthday of Peter, Mark and Dennis was in 1985, and every year from this day, the triplets’ mom made them pose in front of the birthday sign for a picture. Karin initially didn’t intend to start a photo series, but somehow, with time, these photographs became a family tradition.

And There we Go, the Boys are Entering Their Terrible Twos

The second picture has the boys all grown up. Instead of the cake, the birthday sign is now on the wall. The triplets seem very happy here celebrating their birthday. Karin has the boys dressed up in mustard soccer jerseys, and the boys are all smiles for the camera.

Unlike the first picture, Peter, Mark, and Dennis here seem a little comfortable taking their photograph. They are all smiles, showing off their teeth. The boys have beautiful golden brown hair with the same lengths and styles. Wonder if anyone could tell them apart?