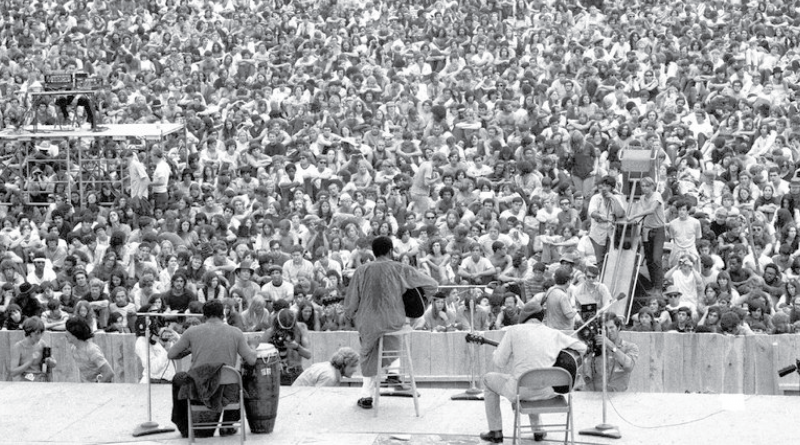 Oh, the people and more people. Woodstock other than being one of the most iconic music festivals there ever was, was a music and art festival intended to raise money against the ongoing war in Vietnam. Many of the attendees wore clothes and banners protesting the war as in their mind, it was a time for peace and love. It is not always palpable just how big this gathering was. Close to 500,000 attended the three-day (from August 15 through the 18, 1969) music festival that is infamously known as Woodstock. This is an alarmingly large number. Finding your friend amongst half a million people is nearly impossible if you get separated but luckily, this was a time of carefree love, and you could make new friends along the way, literally everywhere you turned. Many of the concert goers had been fighting in Vietnam and many more who attended would be soon be shipped there.

One thing that always comes to mind is that I met two friends that I did not know were going. They were with a guy I had not met before. He was on leave from Vietnam. When he went back to ‘Nam he found out that his entire company had been killed in a battle. If he had not been on leave for two weeks, he would have died and never came home.

Traffic was horrendous, from getting to the festival to leaving it. With such a considerable amount of people all trying to get to the same place, traffic was going to be a living nightmare of an issue. The cars alone would be enough to hold things up, let alone the people. But, these people were on a mission. They were getting to that festival come hell or high water. Some even took to leaving their cars on the road and simply walked to where they needed to go.

All I remember about the traffic is that there was LOTS of it, and it never budged. Vehicles with drums and guitars hanging off them, in every color of the rainbow, with people emerging from their cars and vans to break into impromptu song whilst waiting for the traffic to move. It was surreal.

Getting there wasn’t easy though…

A young man with head injuries who was thrown from the trunk of a car on the road leading to the Woodstock festival. First responders and ambulances were unable to reach him because the traffic was so congested. The traffic to Woodstock was a living nightmare going to and coming from was an understatement.