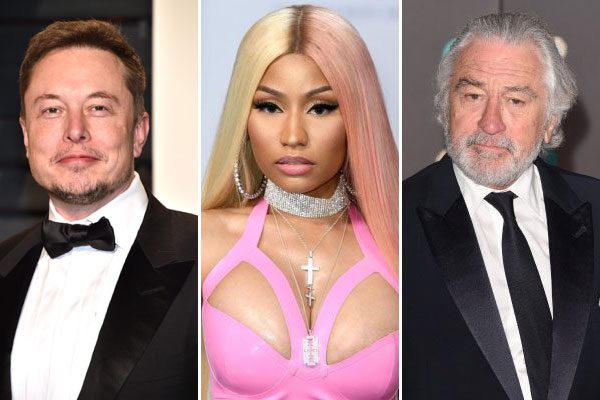 Though Biden Administration has opted for famous celebrities and sports personalities to convince and persuade Americans to take the COVID-19 vaccine, many of them haven’t gotten vaccinated themselves. That’s not because they didn’t get the chance yet or are waiting for their turn- they just don’t want to get vaccinated!

In America, whether or not to get vaccinated became a topic of hot debate much before the discovery of coronavirus vaccines. So, where a vast majority of American population is relying on the jab in a bid to put this pandemic to rest, those against the vaccines are in no mood to change their minds even though they are fully aware of the risks and consequences. This vaccine hesitancy is the topic of today’s article. In the USA, this has become a burning issue of late because the country has almost 180 million fully vaccinates individuals, which is around the same number as in India. However, what’s worth noting is that where 386 million Indians are awaiting their turn to get vaccinated, the situation is different in America as just 30 million are waiting for their jab. Some of the notable anti-vaxxers are listed here

The Green Bay Packers quarterback tested positive for COVID-19 but the sports star is still adamant on not getting vaccinated. He refers to the vaccine-related campaigns and the Biden administration’s never-ending pleas to persuade people get vaccinated as a witch hunt. Aaron Rogers claims that he did research on his own and identified that Moderna and Pfizer vaccines contain an ingredient he’s allergic to, which is why he believe alternative treatment would be best for his body. The Green Bay Packers was fined by the NFL for violating COVID-regulation in the amount of $300,000 and personally $14,650.

“I hope we can take a step back, quit lying, stop with the witch hunt and canceling. This is a conversation to be had, not a controversy, and move this forward with love and connection, that’s what we need in this world.” “I realize I’m in the crosshairs of the woke mob right now, so before the final nail gets put in my cancel culture casket, I’d like to set the record straight on some of the blatant lies that are out there about me now.”

The Trinidadian-native singer & songwriter Nicki Minaj is another celeb who refuses to get the jab. She has been too public about her detest for the vaccine and didn’t even attend the Met Gala 2021 because only vaccinated celebs could attend it. Minaj posted on Twitter that she missed the event but still made the choice and didn’t get the jab even though she herself had tested positive for the virus. The Super Bass singer revealed that she know someone who turned impotent after getting the vaccine and his wedding was cancelled.

“They want you to get vaccinated for the Met. If I get vaccinated it won’t [be] for the Met. It’ll be once I feel I’ve done enough research. I’m working on that now. In the meantime my loves, be safe. Wear the mask with 2 strings that grips your head & face. Not that loose one.”

“My cousin in Trinidad won’t get the vaccine cuz his friend got it & became impotent. His testicles became swollen. His friend was weeks away from getting married, now the girl called off the wedding. So just pray on it & make sure you’re comfortable with ur decision, not bullied.”

The Deuce Bigalow star has been pretty vocal about his dissatisfaction over the vaccine-related persuasive campaigns. He regularly posts statements on Twitter with anti-vaccine memes. Rob Schneiger seems to be refusing the vaccine and posting misinformation about it. He calls it an “experimental gene therapy” and even revealed that the vaccine could be a cause of promoting autism. The Grown Ups actor said in an interview with News10 that the doctors will never tell the side effects of the vaccine, which is what scares him the most.

The Clueless star Alicia Silverstone has also jumped on the anti-vaccine bandwagon. Silverstone has consistently shared her doubts over the vaccine campaigns and pointed out that in the absence of a conclusive study or analysis, it is hard for her to get convinced to take the jab. In her book titled The Kind Mama: A Simple Guide to Supercharged Fertility, a Radiant Pregnancy, a Sweeter Birth, and a Healthier, More Beautiful Beginning, Silverstone wrote that she felt doubtful about vaccines in general.

“There has not been a conclusive study of the negative effects of such a rigorous one-size-fits-all, shoot-’em-up schedule,” she wrote in her book on motherhood.

Celebrity activist and author Jenny McCarthy, better known as the judge on ‘The Masked Singer,’ has been quite open about vaccines in general for over a decade and she is particularly wary of the COVID-19 vaccine. McCarthy claims that due to the jabs, her son got autism, therefore, she believes the vaccines pose more harm than good. The ex-Playboy model has published several books on this topic as well. Moreover, she presides the non-profit organization, Generation Rescue, which is believed to be an anti-vac collective. In her book, Louder Than Words, McCarthy described her son Evan’s seizure episodes that starts soon after getting the MMR jab. In an interview with Frontline in 2015 she said that it was a compilation of different shots that caused her son to get epilepsy.

“You know, a lot of people think, and probably from me saying in some interviews, that it was after the MMR I noticed changes. I don’t think it was just the MMR shot that caused any kind of trigger with autism. I think it was a compilation of so many shots to a kid that obviously had some autoimmune disorders. So I would say maybe a couple of months, a month or so after the MMR, I started to notice some physical ailments such as constipation, rashes, eczema. That was like the first little sign. And then the train just kind of descended from there.”