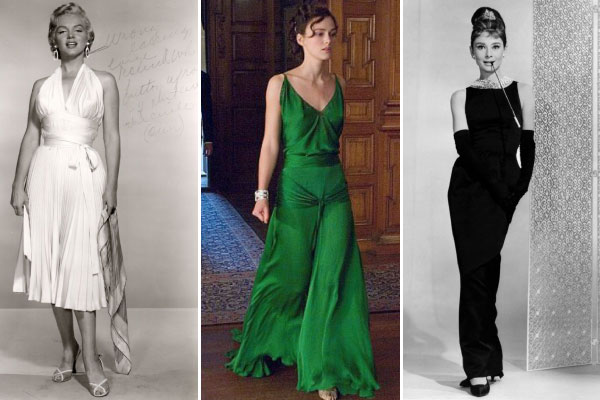 There isn’t a single Hollywood classic we know about where there isn’t a particular dress that started a whole new fashion trend worldwide. Show stopping dresses aren’t uncommon when it comes to Hollywood movies. But certain dresses developed their own fan following and are regarded as iconic dresses of all time.

We have made a list of the top 41 classiest movie dresses to date. From the gold gown Vanessa Bell Calloway wore in Coming to America to Whitney Houston’s most glamorous Queen of the Night costume, this list features all those sartorial choices of Hollywood starlets that fans still rave about.

In this scene, although the character played by Fray Wray is going through extreme distress, but we still couldn’t stop praising her choice of attire. The white gown featuring a sweetheart neckline became so popular that it is still part of the King Kong franchise. Every sequel made of the 1933 classic featured the same dress, which speaks volumes about this dress’s iconic status.

We remember Harlow as the original blonde bombshell of Hollywood. In the movie Dinner at Eight, Harlow played the character of Kitty Packard and made it an icon with this art deco silk slip dress, which she paired with a white fur stole. This look of hers is the perfect example of vintage glamour.

Hepburn starred in Bringing Up Baby, where one of her principal costars was a pet leopard. Isn’t it unusual? Equally impressive was this showstopper floor-length gold lame gown. This is indeed a bold choice considering the time it was released. The sheer veil featuring gold borders adds to the entire outfit’s glamorousness, and we cannot still get over how lovely Katherine looks in this glimpse from the movie.

Vivien Leigh donned several stunning and glamorous avatars in 1939 classic Gone with the Wind. But, the one dress that garnered worldwide acclaim and inspired a whole new fashion trend was this emerald-green velvet gown. Leigh’s character Scarlett O’Hara looks beautiful for sure. Would you believe that this dress was made from Tara’s curtains? There’s no doubt that this dressing gown is the most striking ensemble the actress wore.

Ingrid Bergman perfectly pulled off the 40’s casual chic look quite effortlessly in Casablanca. She chose to pair this casual white two piece skirt suit with a diamond brooch and made it an epitome of understated classiness. And, who can forget that legendary dialogue- “Here’s looking at you, kid.”