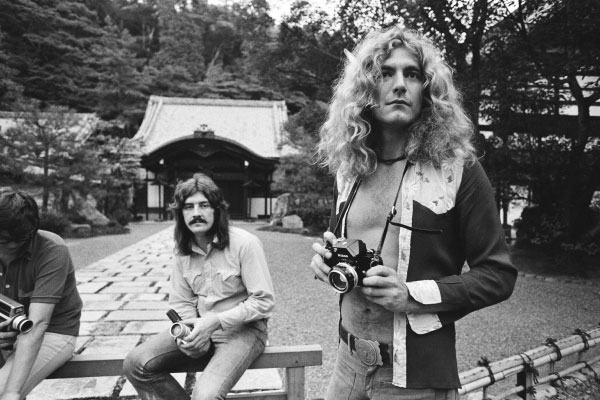 Let’s take a moment and think that it is 1970’s all over again. You are strolling down the streets in London, or maybe Venice, or Florence, and you see some well-known celebrity there in nothing but a short and a vest, rollerskating or sunbathing topless at some nice beach. This is because they were actually taking a break from work and were off-duty

Cher on her birthday

Here you see Cher grooving to the beats of music with her friend Tatum O’Neal on the dancefloor celebrating her birthday in 1976. Cher is an iconic singer and fashion idol for millions, and she continues to amaze people with her talent. She’s a timeless beauty indeed. On the other hand, Tatum O’Neal who was about twelve years old at them of this photo… didn’t have such a great a career as Cher did. We also see Cher with her arriving to her birthday soiree with her second husband, Gregg Allman (wearing a dashing velvet maroon suit) from the band, the Allman Brothers

Look who’s sitting under the bushes and gobbling up the cake- it’s the famous singer Johnny Cash. He probably had a wild night out and was snacking to fulfill his cravings. But the truth behind this image was for an album called Strawberry Cake, which was recorded live that the Palladium in London, England and released in 1976

“On a hot summer afternoon in New York City, June and I walked through the zoo in Central Park. It was a hot dog and ice cream day. The place was crowed and giving up on the Hassle of working our way through the crowd, we headed back to the hotel to get ready for the concert that night at the Garden State Art Center. As we approached the hotel, I saw a bum lying on the sidewalk in front of the hotel. He never even opened his eyes when I stood over him, June said, “Come On Honey” But I said “just a minute” I walked around him, hoping he wasn’t dead. My shadow fell across him and when I moved on, I saw his eyes flutter as the bright sunlight hit his face. He didn’t open his eyes, but I knew he wasn’t dead. “What are you doing?” June asked “I’m thinking about my friend here, “I said” “that could be me, you know” June came over closer and smiled at me. “That was you a couple of times.” Then she said again, “Come on lets go” The rest of the story is in the song. I became that man. I put myself in his place and my mind, he finally won. I wish I knew who he is, and where he is. I’d send him a piece of Strawberry Cake.”

Led Zeppelin’s last photo together as a band

No other band is as iconic of the 1970s than that of Led Zeppelin. Here the last known photo of all four them, Jimmy Page, Robert Plant, John Paul Jones and John Bonham. It’s believe this was the last photo taken sometimes between 1978 to 1980, right before the band formally broke up and went their separate ways. One has to wonder if Led Zeppelin would have broken up had John Bonham not died in his sleep from possibly alcohol poisoning at Robert Plant’s house. He and the rest of the band had gone there to rehearse and John Bonham passed away on September 24, 1980 at the age of just thirty-two years old.

Freddy Mercury was perhaps one of the greatest musicians of all times and he was known to be loud,  but few know that the one true love he had other than his Mary, the only person he truly trusted until his death… were his cats. It is believed that Freddie fell in love with cats when he first brought one home for Mary on one of her birthdays soon after they married. In this photo taken in the mid 1970s, Freddie holds his beloved in his garden lodge porch…Delilah. Yes, the one he wrote the song Delilah for.

Famous all-girl rock band The Runaways’ Jackie Fox and Joan Jett are snapped blowing bubble gum bubbles while recording a song a studio in Los Angeles. This group garnered worldwide attention for paving the way for females to enter the music industry, which was an unconventional career choice

The front man for the iconic band Rolling Stones is snapped on his wedding day. Jagger is all smiles with his new bride Bianca. They had a child together, but unfortunately, their relationship couldn’t last long as they called it quit in 1978.