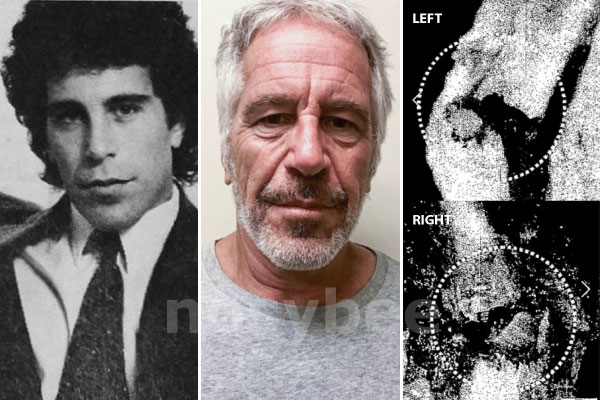 Jeffery Epstein will go down in history as one of the most notorious and nefarious pedophiles globally. The 66-year old self-proclaimed financier-cum-socialite was arrested by the federal law enforcement authorities the second time on July 6, soon after returning to the US. Epstein is facing startling charges of statutory rape, and kidnapping underage girls, and may get 45-years jail time. Epstein was earlier arrested in Florida for molesting three dozen underage girls. He spent 13 months in a county jail’s private wing and comfortably walked out as a free man. The second time he got arrested and was sent to jail while awaiting trial, he wasn’t so lucky. Jeffrey Epstein was arrested for the second time on July 6, 2019 and within a little over a month, he was dead. On August 19, 2019 he was found in his cell dead. The coroner has ruled it suicide by hanging… but there are strong evidence that he was murdered. With a rolodex of very powerful clients like the Clintons, Bill Gates, there are plenty of people who wanted Jeffrey Epstein dead so that he takes his secrets with him.

Interestingly, the public doesn’t know much about Jeffrey Epstein. Despite being filthy rich and quite infamous, there is an aura of mystery surrounding his private life and all the high profile, ridiculous powerful men who ran or rather used his service. So, we investigated and discovered some really creepy facts about his personal life.

Cold-Hearted to the Core

Jeffery Epstein has a penchant for sleeping in cold temperatures. As per the details shared by a female who shared an intimate relationship with him back in the early 2000s, Epstein used to set the temperature at fifty-four degrees. She could not sleep properly ever when she was with Epstein as it was bone-chilling cold in the room. The unnamed female even went on to state that she felt she would die of hypothermia.

An Eye for an Eye… Literally

Epstein probably took the famous phrase an eye for an eye a bit too seriously. Reportedly, his townhouse in Manhattan’ entrance hall wall is decorated with rows over rows of 150 prosthetic eyeballs. These eyeballs were originally produced for injured English soldiers. According to some close to Jeffrey Epstein, these eyeballs was a ‘subliminal’ warning to his guests or anyone entering his townhouse that they are “being watched” at all times.

There are frequent fliers and then there are the really special frequent fliers, the kind that used to run one of the world’s most powerful countries. The one that use to be Governor of the state of Arkansas, who later became President and leaving a legacy of nothing more but sexual scandals and impeachment.

Epstein was always interested in foraying into forbidden territories and surpassing moral boundaries. His Florida home reflects this, as several items were custom made to reflect his strange fetishes. For instance, he had a chessboard that contained pieces designed to reflect his employees in promiscuous postures.

Jeffrey Epstein had quite an odd art collection. Perhaps the strangest painting is the one of his very close friend, Bill Clinton dressed in Hillary’s blue dress with red heals straddling on his chair in the oval office wearing an arrest me red pair of heels. “Parsing Bill” by Australian artist Petrina Ryan-Klied dimension are 40 W x 40 H x 2 in and this piece hung prominently in Epstein’s $56 million townhouse’s living room in Manhattan. Is Bill Clinton a secret dress crosser that no one knew except Epstein?

A female, one of the many victims of sexual assault by Jeffrey Epstein, revealed that he has a strange fetish to keep prosthetic body parts and use them as toys. The breast were mounted on the wall of the master bedroom in his Manhattan townhouse. It was reported that it was mounted there so that he can play with them at his leisure. The female who was sexually assaulted by the notorious pedophile at the age of 15 told the police that he used to also keep some prosthetic breasts beside his bathtub and played with them when bathing.

An IT expert hired by Epstein to work on his private Caribbean island revealed that his boss never wore a shirt twice. The IT expert claims that there is a closet full of brand-new white-colored Lacoste polo shirts in Epstein’s home. All the shirts were in medium size, costing $90 each. What he found strange was that his boss never reused any of these shirts. After wearing them once, he always gave them away to his housework staff to use as rags.

The above image shows Jeffrey Epstein cuddling with a young girl, sleeping in his arms. Creepy. Where were the authorities when we needed them to protect these young girls from this monster? Oh wait… our they, Bill Clinton, Bill Gates, Prince Andrew…were part of the sickness.